There have been many classic contests throughout NFL history. Some well known, some real gems hidden away in the vaults of showdowns. Here we look at the stories behind the stories at some of the more memorable contests...

THE QUARTERBACK DUEL THAT SHOULDN'T HAVE BEEN 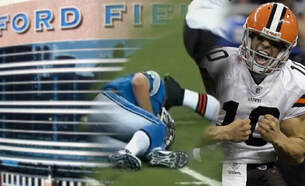 The Detroit Lions and Cleveland Browns share two distinct pieces of NFL history in the twenty-first century. They have both managed to make it through an entire sixteen-game NFL season without winning a single game (Detroit in 2008, Cleveland in 2016), and on an unsuspecting Sunday afternoon in Detroit, Michigan, on 22nd November 2009, they faced off against each other in a unsuspecting classic...

THAT ONE MONDAY NIGHT IN OAKLAND 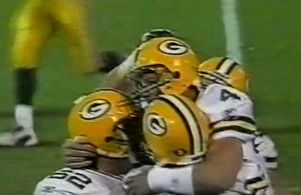 When the Green Bay Packers and the Oakland Raiders walked off the field at Network Associates Coliseum in Oakland, California following their week sixteen showdown on Monday Night Football on 22nd December 2003, most people were aware – both those in the stands and those in front of their television sets at home - of the piece of football history they had just witnessed. 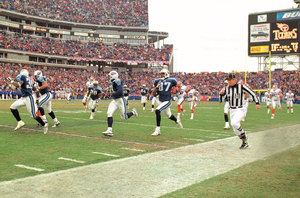 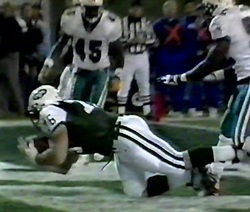 In this On The Sideline featured article we take a look at the Monday Night Miracle, a Monday Night Football game from week 8 of the 2000 season that saw the Miami Dolphins and the New York Jets do battle in one of the wildest contests ever. 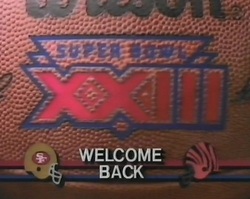 In this On The Sideline featured article we take a look at Super Bowl XXIII. Not only the most exciting Super Bowl of the 1980s but the first true classic game that UK viewers saw unfold live on their screens.

It was also Bill Walsh's last game as 49ers head coach as well as the rebirth of the legendary Joe Montana.