“It’s Not Always The Player! Sometimes, It’s The Coach!” 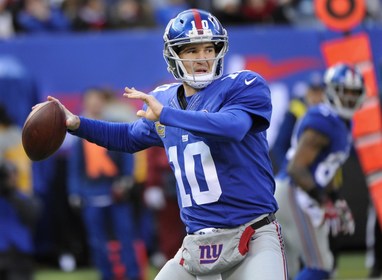 Who doesn't want to see the Jets' 1980s uniforms every now and then?
That quote was made during the 2010 season by Keyshawn Johnson on one of the NFL pre-game shows. Upon hearing of the benching of Eli Manning, they were first words that entered my mind.

You have to ask, what do the New York Giants as a football team have to gain from this move? The answer? Absolutely nothing. This is a callous, pointless move on the part of Giants’ head coach Ben McAdoo, who is surely becoming increasingly aware that he wont be the head coach of the Big Apple’s blue team next year. So why make the move? Is Geno Smith really going to save your job? Barring some amazing over-the-top performances from Smith, surely such a move has moved McAdoo closer to the unemployment line.

​Before we look at this a little further, check out the video below featuring an emotional Eli Manning speaking to the media following the decision.
Let’s not forget general manager, Jerry Reese in all of this! The decision appears to have “endorsement” of the Giants front office and management. As the caveat here, maybe they know something we don’t! That being said, the decision will still not sit right with many players – both on the Giants, and on other teams (who might well remember the treatment come free agency period in the off-season).

Although records are not the thrust of the game – and I am sure Eli would agree – you don’t just take out a player who has made 210 straight starts for the franchise, with no chance of making the playoffs, and give the job to Geno Smith! Let’s be real – it isn’t as though Smith is a superstar in waiting, just itching to get his chance to show what he can do. We have all seen what he can do when he crashed and burnt in command of the Jets’ offense.

​Let’s say by some miracle (or huge miscalculation on the Giants’ front office’s part some of which you can about here) McAdoo keeps his job. Are you really going into 2018 with Geno Smith running the show? If not, how do you repair what is now surely a fractured relationship with your field general, your brain and eyes on the field, after you have pulled the rug out from him so needlessly?

The video below features Charlie Casserly speaking on the future of the New York Giants and Eli Manning. 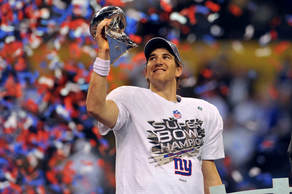 No doubt Eli is nearing the end of his career, but that career could likely have another three, four, maybe five years left. Easily enough time to recover from the horrendous injuries that have hit the Giants hard this year (in particular at wide receiver), rebuild the team into a contender, and draft a young signal caller to sit behind Manning and learn (Davis Webb for example), ready for when it really is time for him to hang up the cleats (or at least pick up the clipboard).

If, that is, a change is made at head coach, and the relationship with Eli Manning can be repaired. If not, no doubt there would be plenty of teams more than happy to provide an environment very similar for Eli in their respective NFL cities!

Check out the videos below. The first features New York sports radio host Mike Francesca talking about the benching, while second features other NFL players, fans and other notable names weighing in on the subject. 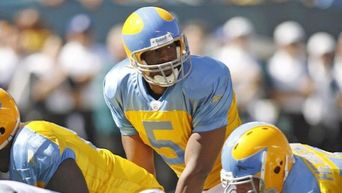 We will get on to the apparent reasons that have led us, the audience, to have to endure some of the most atrocious uniforms since the short-lived days of the World Football League (WFL) of the 1970s and their florescent pants, color-coded to boot shortly, but the real trick the NFL is missing with their successful venturing out into midweek obscurity of the Thursday evening television schedule, is a chance to pay real homage to the rich tapestry of its own past.