Despite an early Walter Payton fumble that resulted in an early New England field goal, the Bears would go on to score 44 unanswered points before the Patriots found the end zone.

It was in the third quarter when the floodgates really opened with a further three touchdowns, including a 28-yard interception return for a score by cornerback, Reggie Phillips and a 1-yard dive by defensive end turned running back, William "The Fridge" Perry. After the Patriots netted their only touchdown late in the fourth quarter (against mostly backup Bear players), the Bears claimed the final points of the contest when they sacked Steve Grogan in the end zone for a safety.

As expected, the Bears feared "46 Defense" dominated the game right the way through, causing six turnovers, notching up seven sacks, and holding the Patriots to only seven yards rushing for the entire game.

By the time starting quarterback, Tony Eason, was replaced midway through the second period, he had failed to complete a single pass.

By the time it was over, the Bears had capped the largest margin of victory to that point with a 46-10 final score. 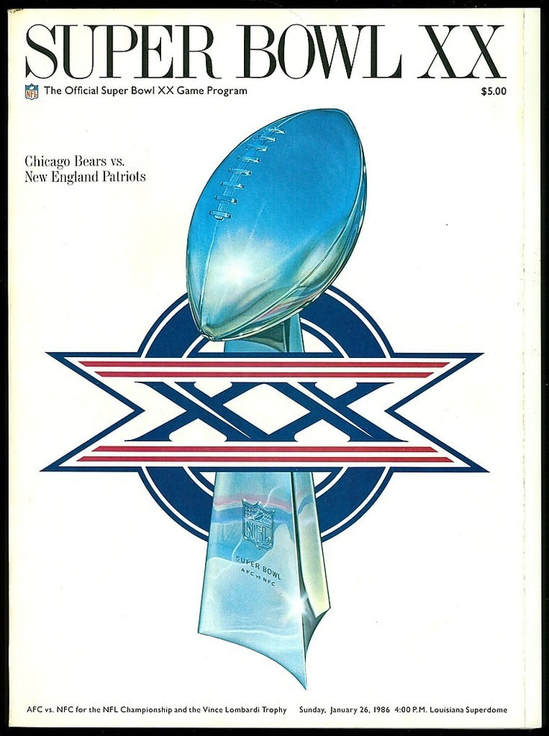 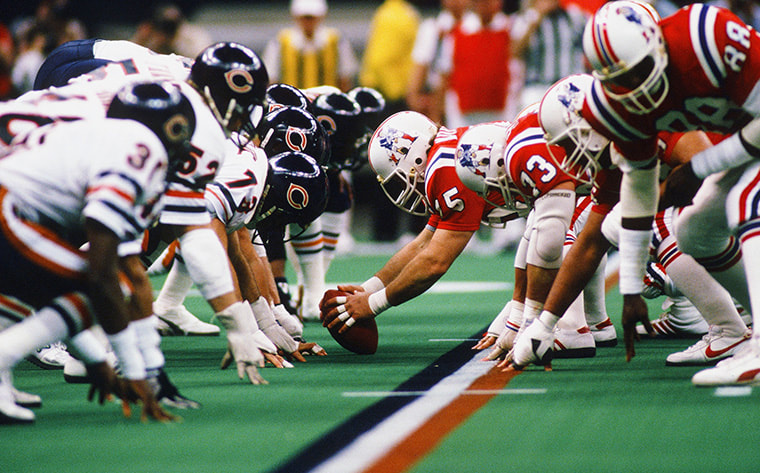 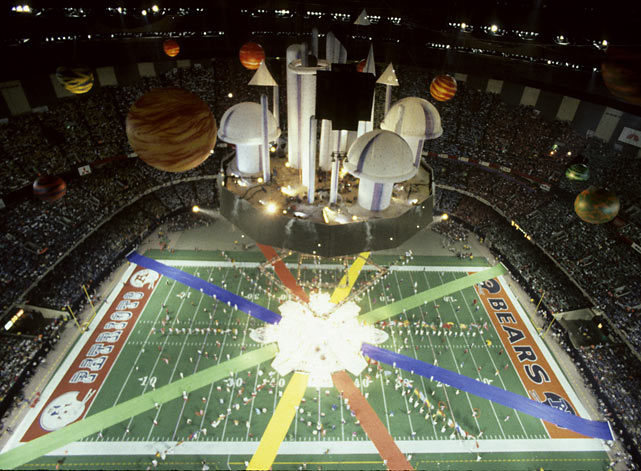 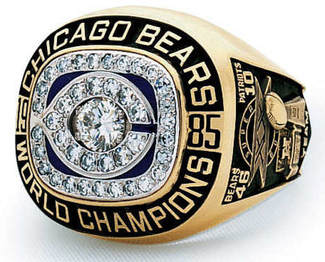 Halftime Show:"Beat Of The Future" by Up With People 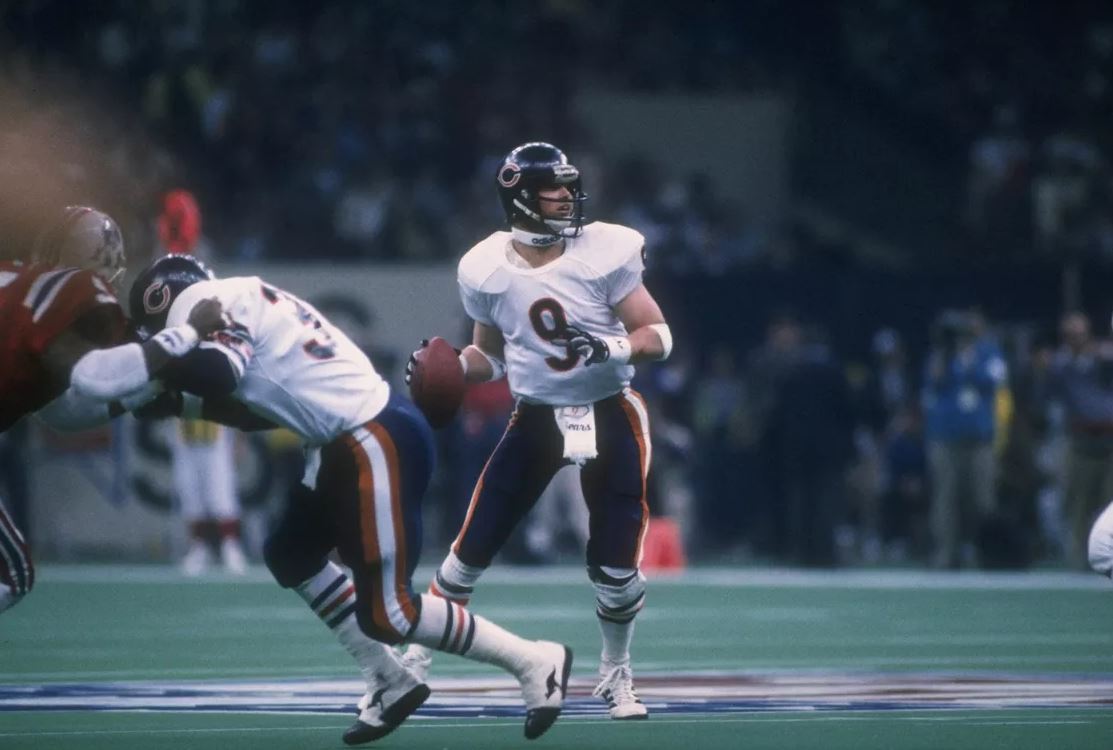 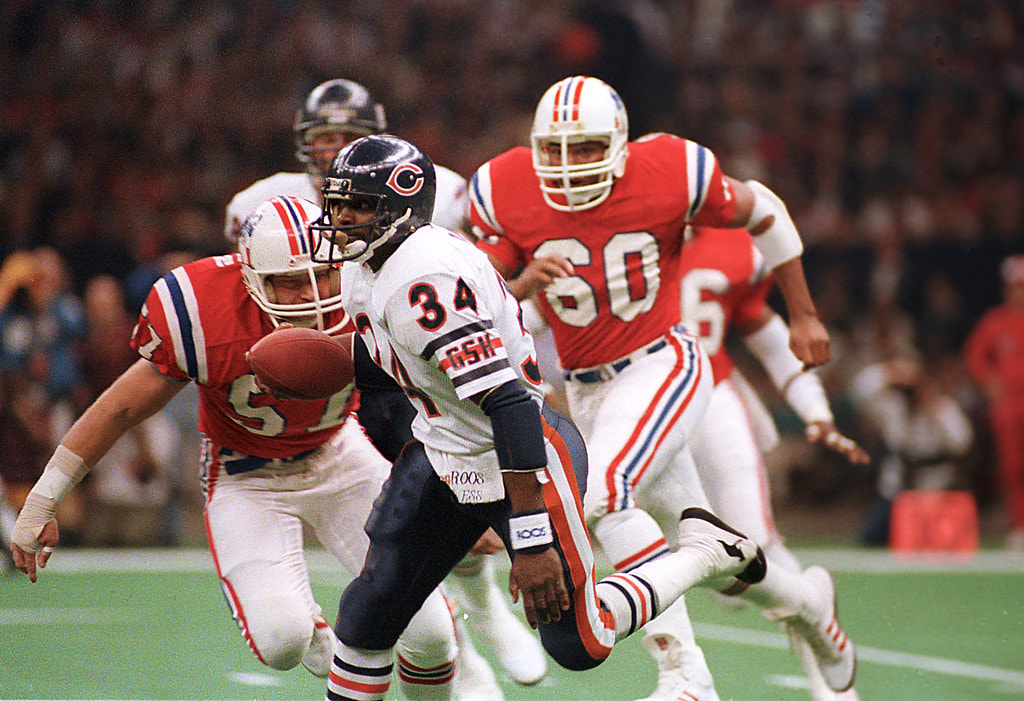 Walter Payton was kept in check by the Patriots, but their attention on him left everyone else open. 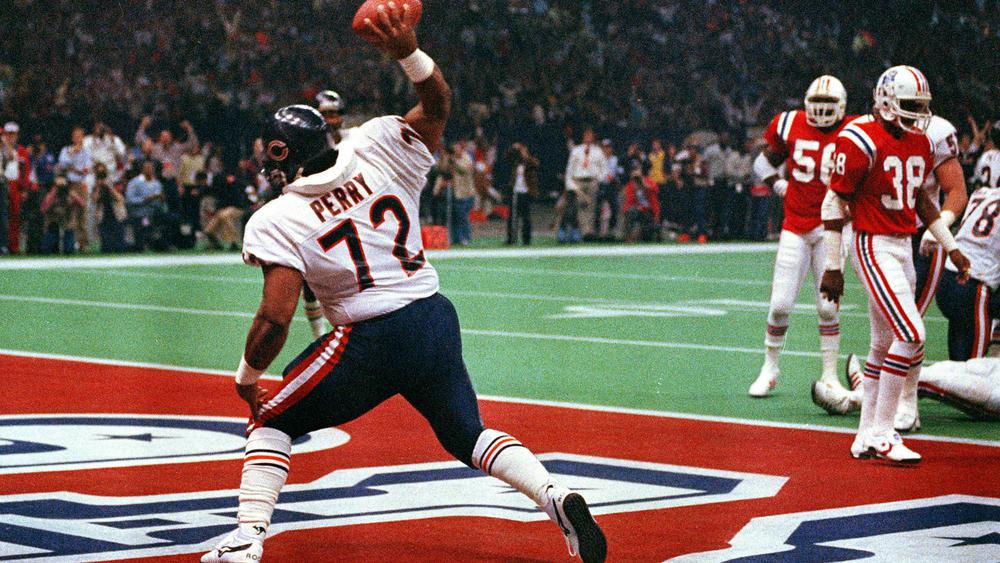 In what would become a tradition every ten years, Super Bowl XX featured all of the surviving MVPs from Super Bowl history as part of the pre-game festivities.

Following the game, NBC premiered the first episode of their new show, 'The Last Precinct'.

Super Bowl XX was the first such contest to bring in over 90 million viewers and is still one of the most watched contests in Super Bowl history.

Although it was downplayed for years, there was much made of the decision to allow William Perry to rush the ball instead of the future Hall of Fame running back, Walter Payton. Although he said all the right things to the media, it came to light later that Payton was not at all happy with not being given the chance to score in the Super Bowl. Opinion remains divided on the issue with fans and players of the game. 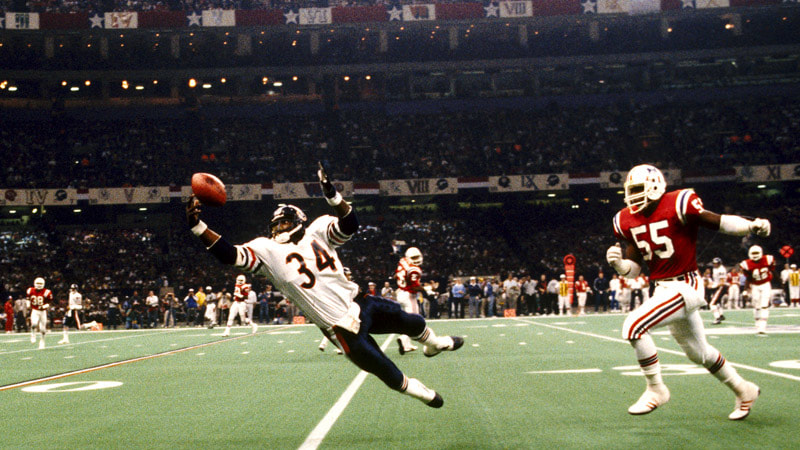 Walter Payton reaches out for a Jim McMahon pass.

The Bears defense smothered the Patriots from start to finish 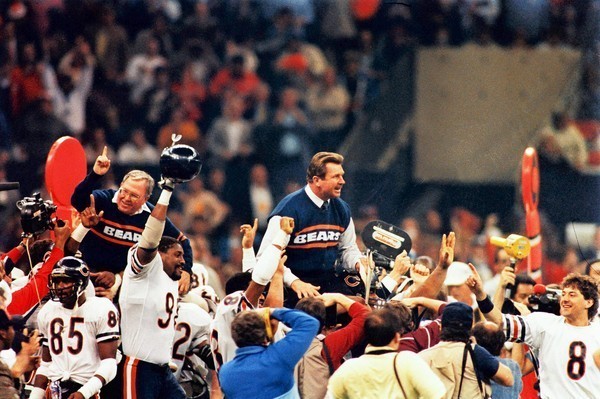 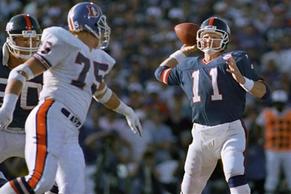