​In fact, it is safe to say, Simms' had the finest performance by a quarterback in a Super Bowl ever, as he completed 22 of 25 pass attempts (with two dropped passes) and threw 3 touchdowns. He was rightly voted the contest's MVP.

Not that Super Bowl XXI was a blow-out - at least not to begin with. The first half was relatively evenly matched, with the Broncos leading 10-9 at the break.

However, the signs of the game turning in the Giants' favor were already present before halftime. Aside from scoring a safety by tackling Broncos' quarterback, John Elway, in the end zone, the New York defense had stopped the Broncos cold at the goal line.

Sparked further by a converted fake punt on the opening drive of the second half, the Giants would score twenty-six unanswered points before the Broncos finally responded with a field goal, putting them on the wrong side of a 33-13 scoreline. Each team would add a further touchdown to make the final score a little more respectable, 39-20 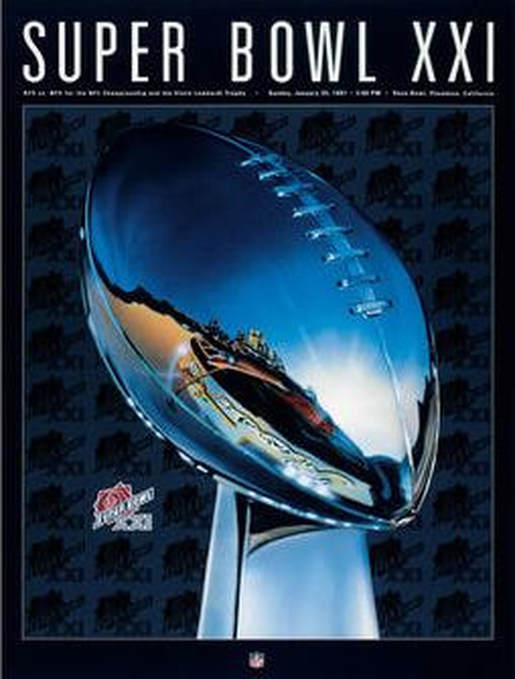 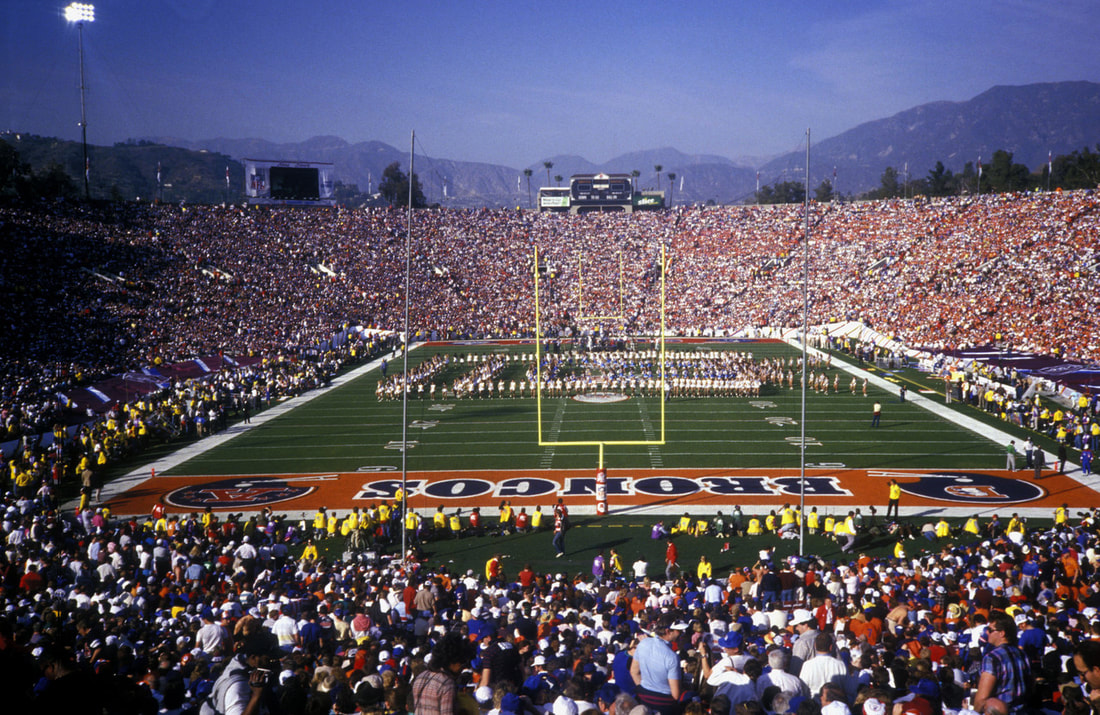 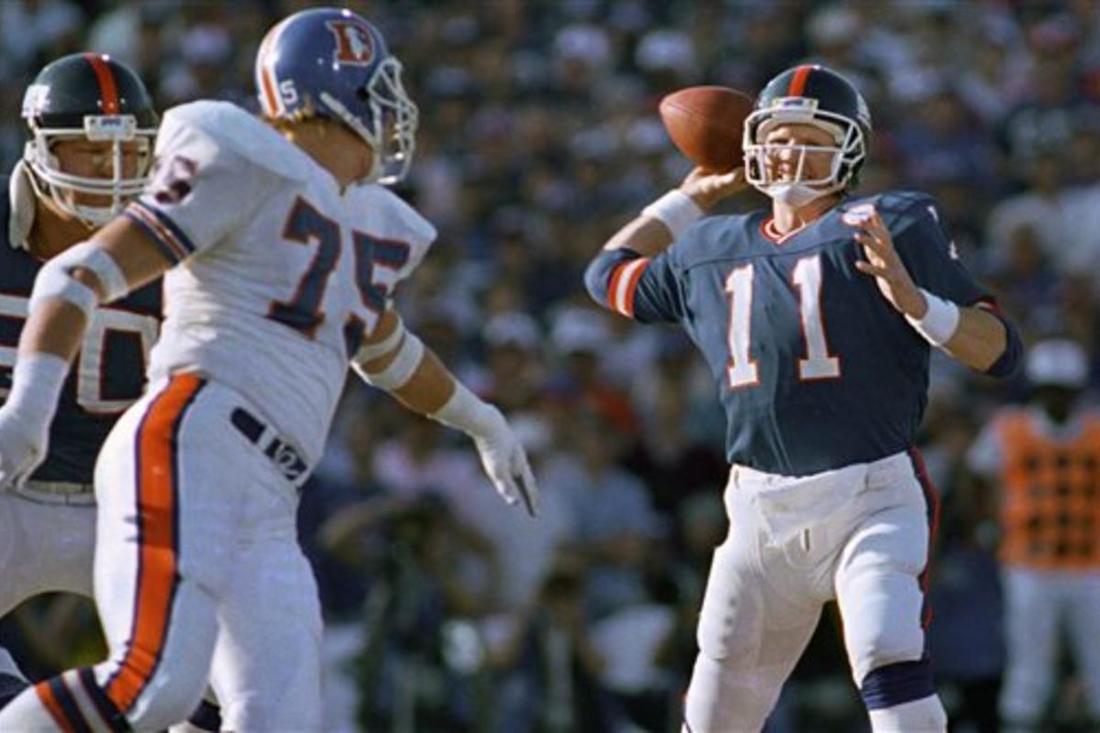 Giants' quarterback, Phil Simms, had arguably the greatest performance at his position in a Super Bowl 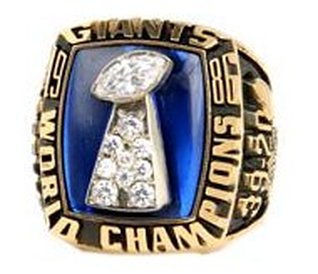 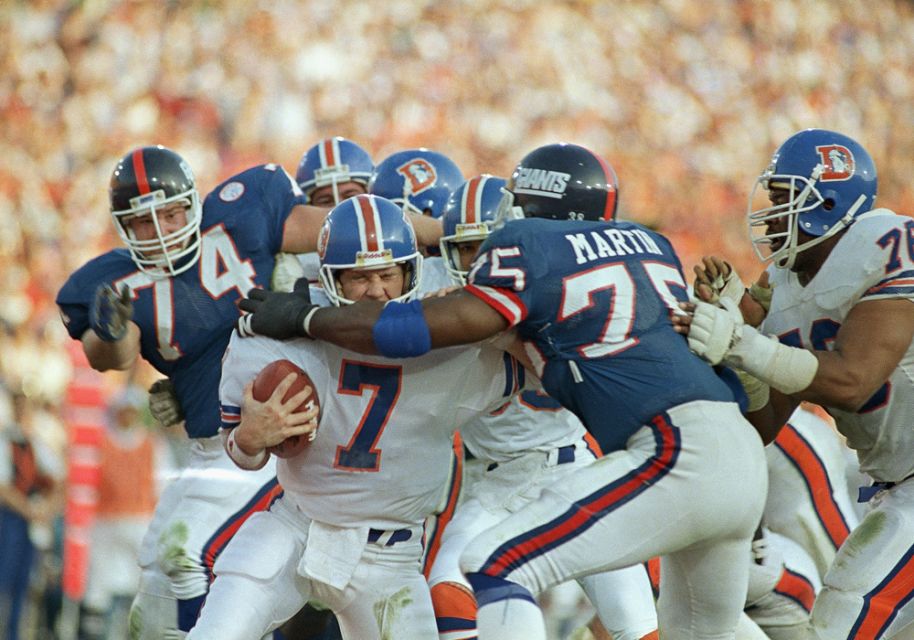 Broncos' quarterback, John Elway, was harassed by the Giants defense all game 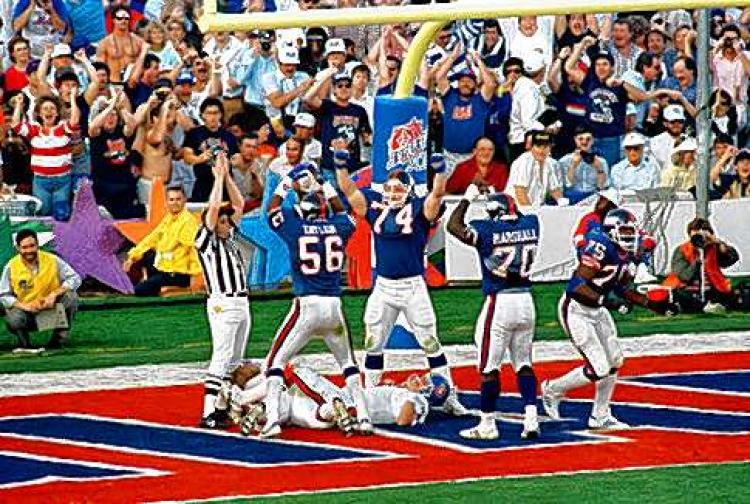 The Giants' defense celebrate a safety of John Elway 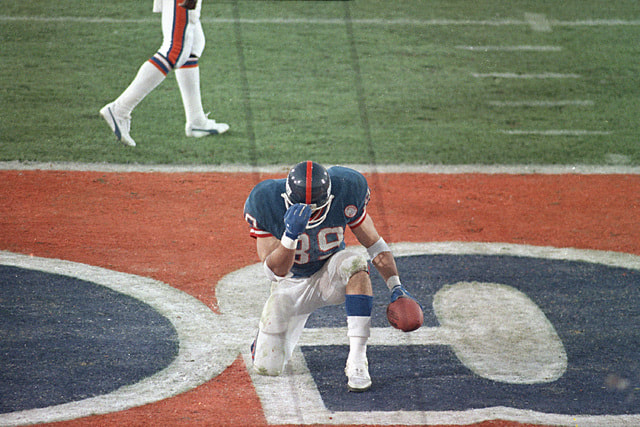 Following the end of Super Bowl XXI, Disney began its "I'm going to Disney World!" promotion with the winning MVP. Aside from his stellar performance on the field, this is another distinction Simms' enjoys, as being the first player to utter the words following the big game.

Super Bowl XXI would be the last time for thirteen seasons (in Super Bowl XXXIV) two feature to teams who had hadn't previously won the big game. 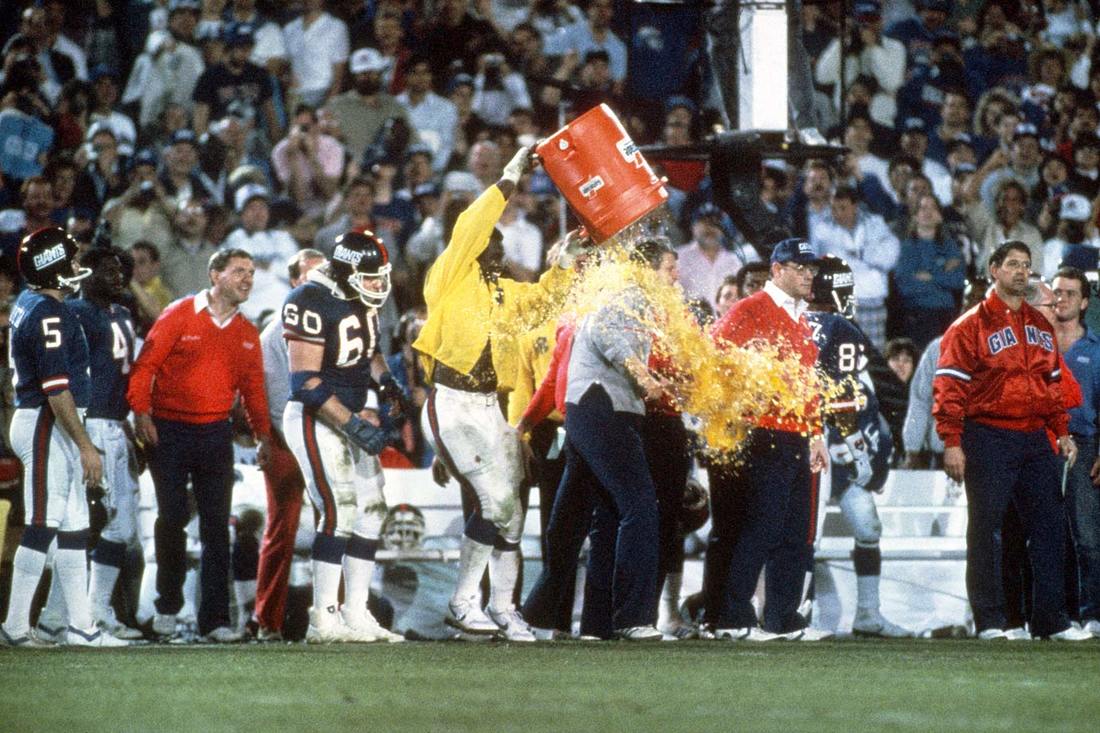 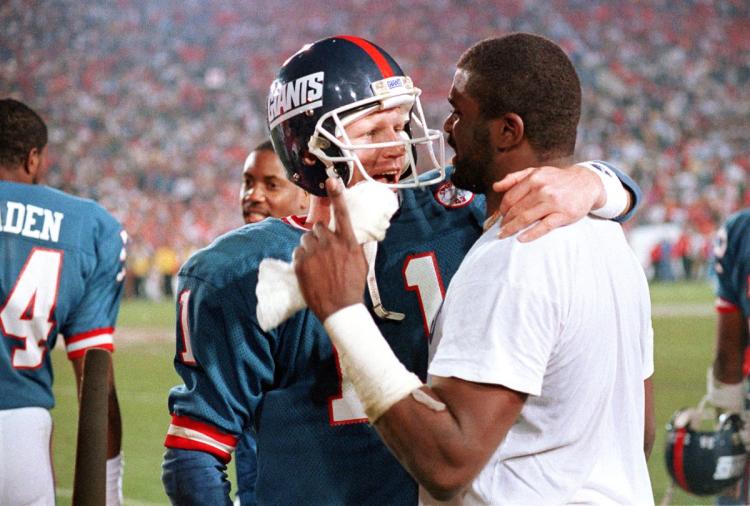 Although they were never particularly close as players, both agreed later that winning Super Bowl XXI bridged a gap between the Giants two best players. 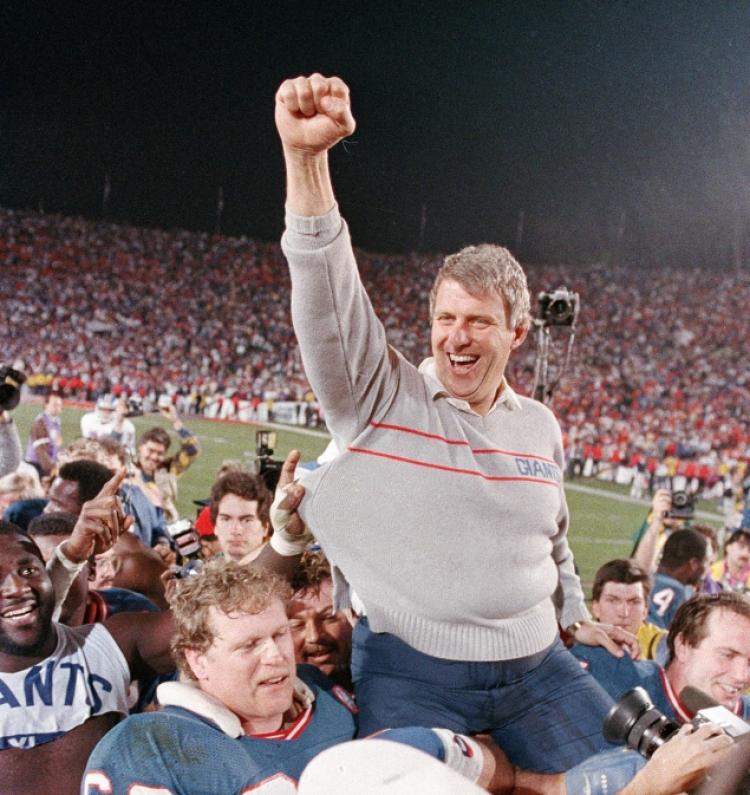 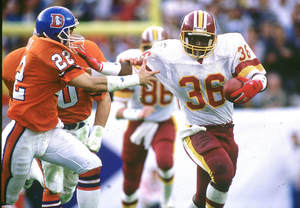 The twenty-second Super Bowl came down to one quarter, the second. The Washington Redskins would score thirty-five points.......
UA-43492470-1