At some point during either the build-up to the game, the out-of-this-world catches on the field, or the last minute finish of the tenth Super Sunday, the Super Bowl become "America's Game" - the beginning of the transformation from mere championship game to full-on spectacle.

In the bright glare of the Miami sunshine on the astroturf green of the Orange Bowl, the Pittsburgh Steelers successfully defended their title over the reloaded Dallas Cowboys, 21-17, in a contest that went conservatively back and forth, until an explosive final quarter which went right down to the final play of the game.

Wide receiver, Lynn Swan, would have one of the most memorable performances in Super Bowl history, earning the MVP award on the back of four crucial catches, two of which were spectacular and demonstrated just what made Swan one of the most gifted and dangerous wide-outs of his era. 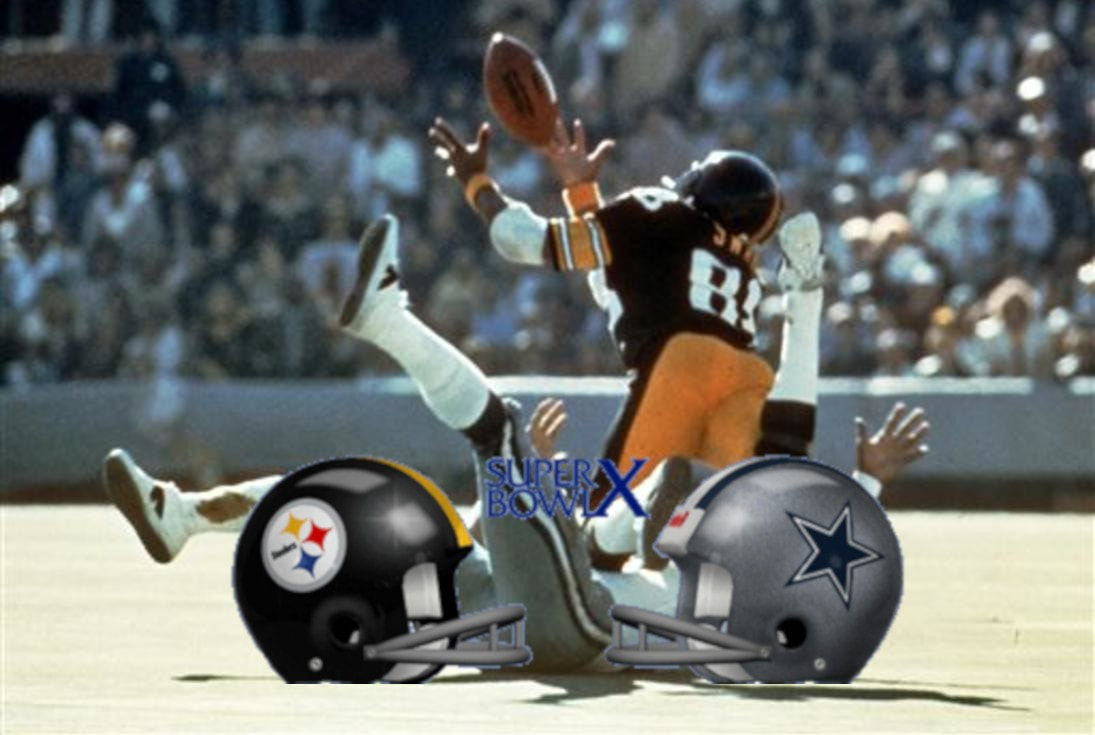 Each team would break into the end-zone in the opening period - the Cowboys courtesy of a 29-yard strike from Roger Staubach to receiver, Drew Pearson, while the Steelers would respond with a 7-yard scoring pass from Terry Bradshaw to tight-end Randy Grossman. A Cowboys' field goal gave Dallas a 10-7 advantage at half-time before a hard-fought third quarter ended with no scoring.

Early in the final period, however, things changed. The Steelers bagged a safety (their second such score in consecutive Super Bowls) off the back of a blocked punt to pull within one point, 10-9. Two field goals from Roy Gerela from 36 and 18 yards respectively edged Pittsburgh in front 15-10.

Then came the play of the game. Late in the game, in the face of a fierce pass rush, Steelers' quarterback, Terry Bradshaw fired a pass down the field. Although Bradshaw himself would not see the completion (he was knocked out cold shortly after letting the ball fly), it would be caught by Lynn Swan for a 64-yard score. Although the extra point was missed, Pittsburgh was now in front 21-17.

Despite mounting two late drives, one of which resulted in a late score, the Steelers would hold off Dallas in what was arguably the most exciting Super Bowl to date. 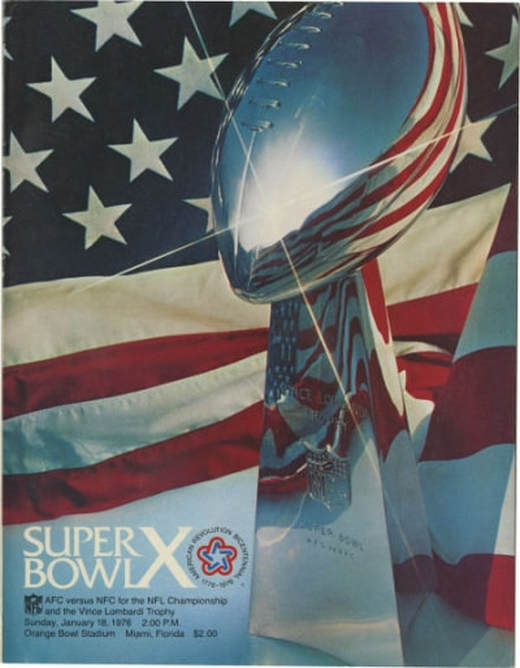 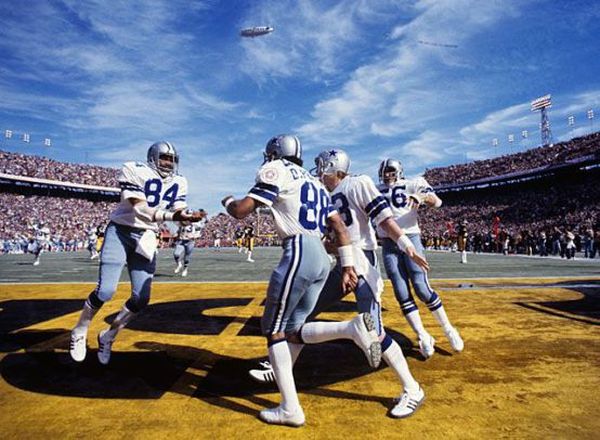 The Cowboys scored first, and led at halftime, but it would be Pittsburgh's day. 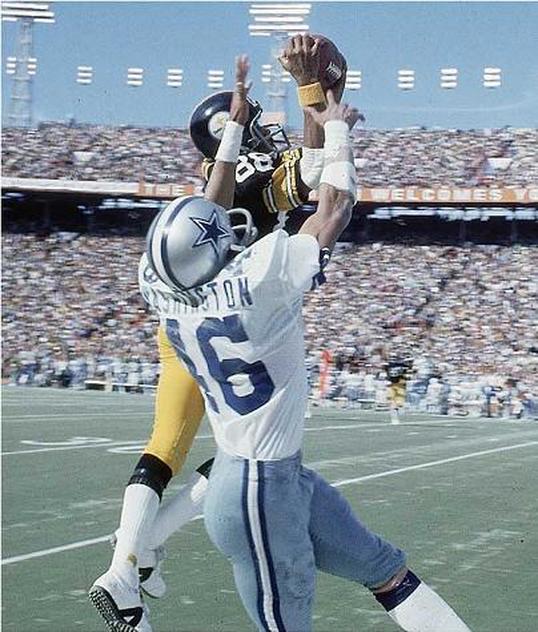 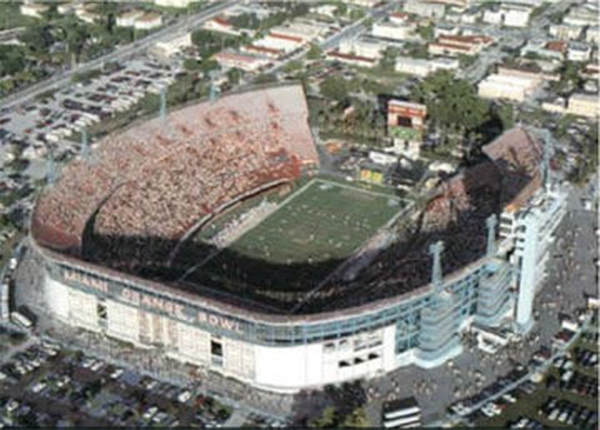 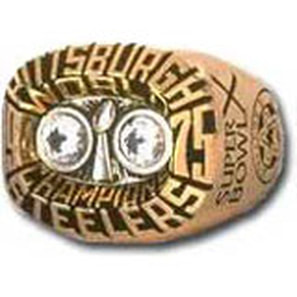 National Anthem: Tom Sullican with Up With People 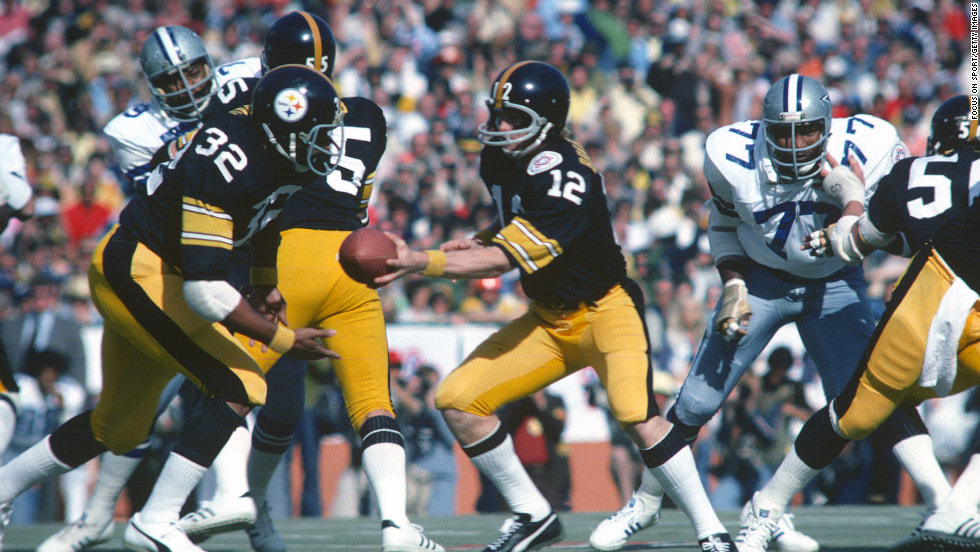 Footage of the game was used in the espionage movie thriller, "Black Sunday".

As well beginning to grow into the extravaganza it is today, the build-up to the tenth Super Bowl would offer a hint of the media frenzy that would become associated with future games, such was the interest in gaining the ideological opposing view points of the Steelers and Cowboys.

Although Steelers' wide receiver would win the MVP award with 4 catches for 161 yards and a touchdown, many expected him to miss the game due to a concussion he had received in the AFC Championship game against the Oakland Raiders.

The tenth Super Bowl would mark the first time the team scoring first (Dallas) would go on to lost the contest.

With Super Bowl X being the first large "event" of 1976, the theme of the show (in the pre-game and halftime) revolved around the Bicentennial celebrations. Each player from both teams also wore a Bicentennial patch on the jerseys.

Super Bowl X would be the last time the big game would kick-off at the traditional early afternoon time of 1/2pm Eastern time, and would instead be moved into the more prime-time, and nationally palatable, 4/5pm slot.

Visible play clocks were also experimented with during Super Bowl X - beginning the following season in 1976, this would become standard as per NFL rules in every NFL game. 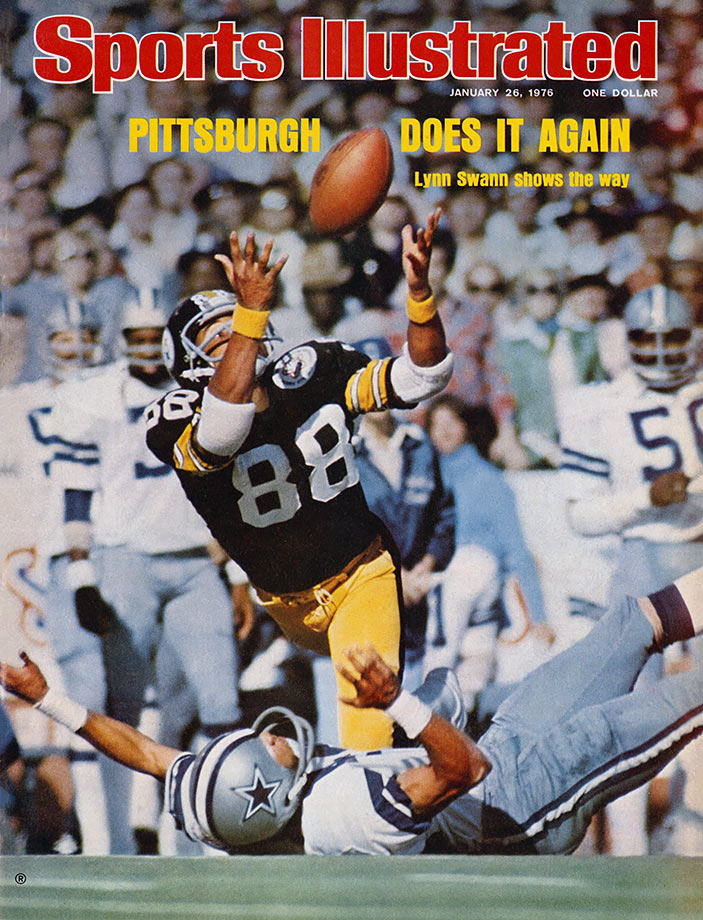 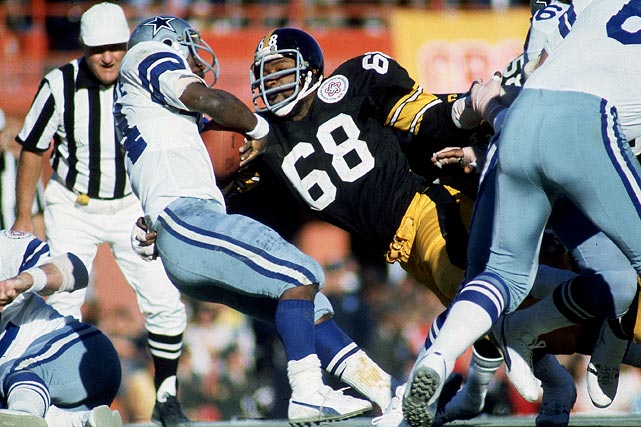 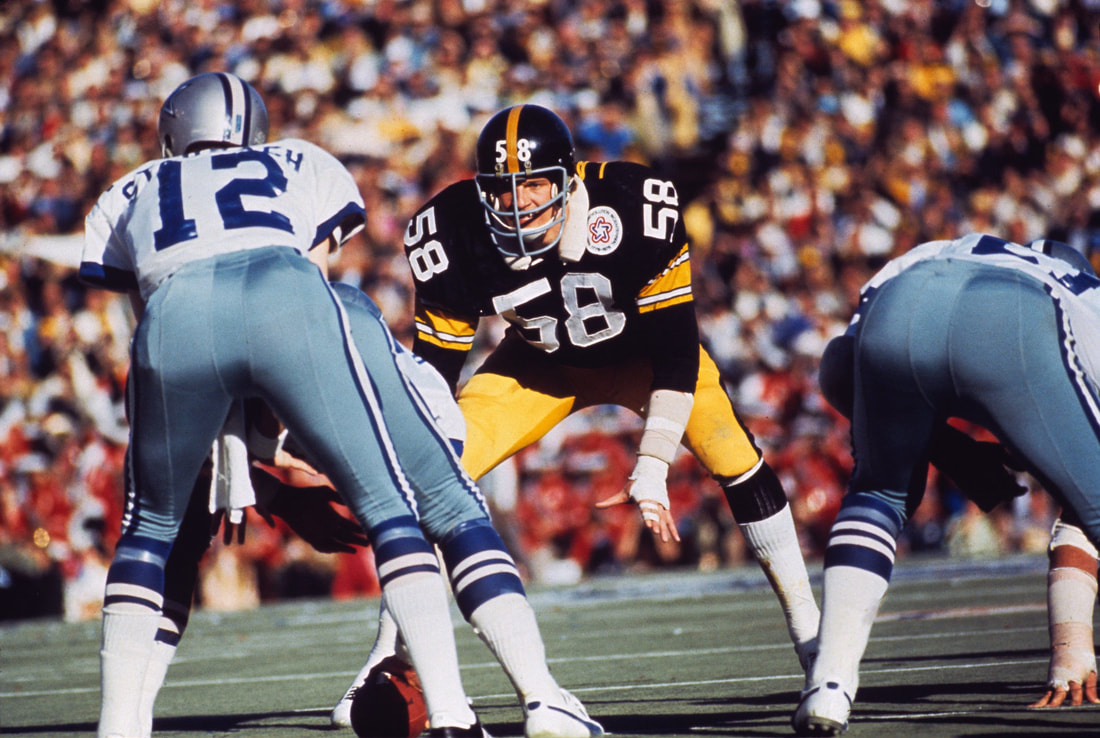 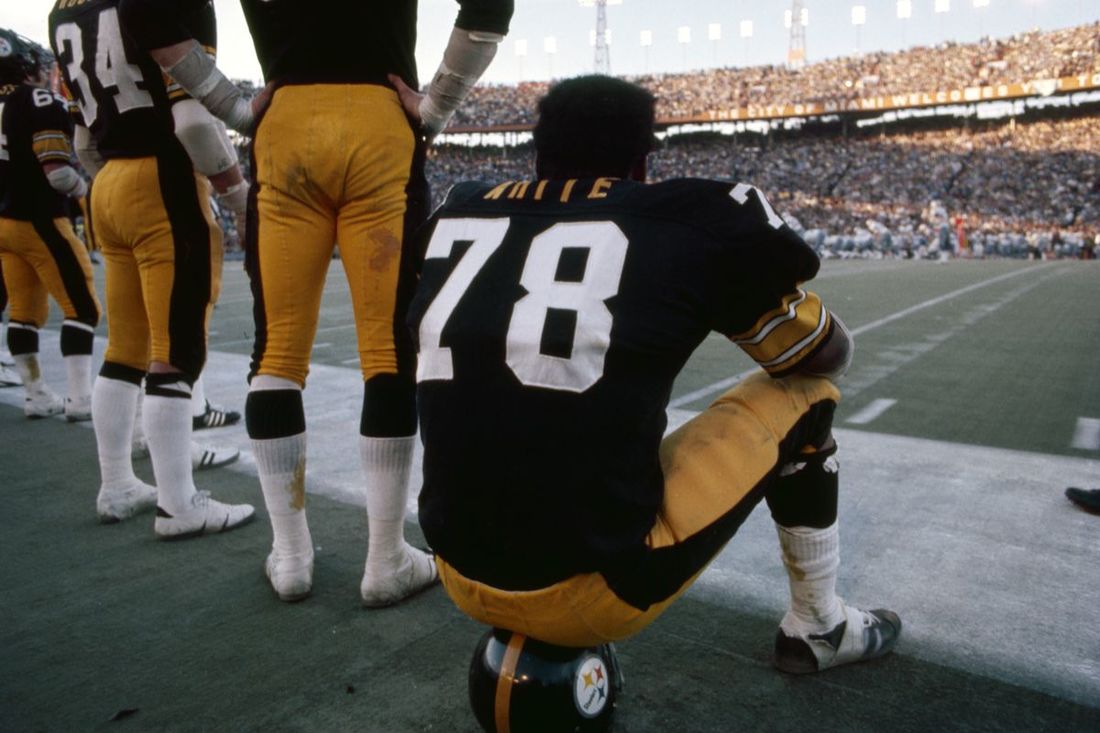 Steelers defensive lineman, Dwight White, looks on in the late stages of the contest. 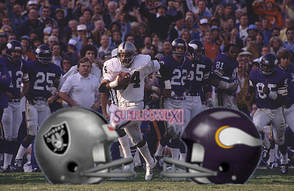 After having lost in the second Super Bowl, and having come up short in four of the first six AFC Championship games following the 1970 AFL-NFL merger, the Oakland Raiders finally reached the big game again. And once there, they had only one intention....
UA-43492470-1