In what many expected to be a defensive struggle, the ninth Super Sunday was exactly that. By halftime, the score was 2-0 in the Steelers' favor thanks to a safety by Dwight White. 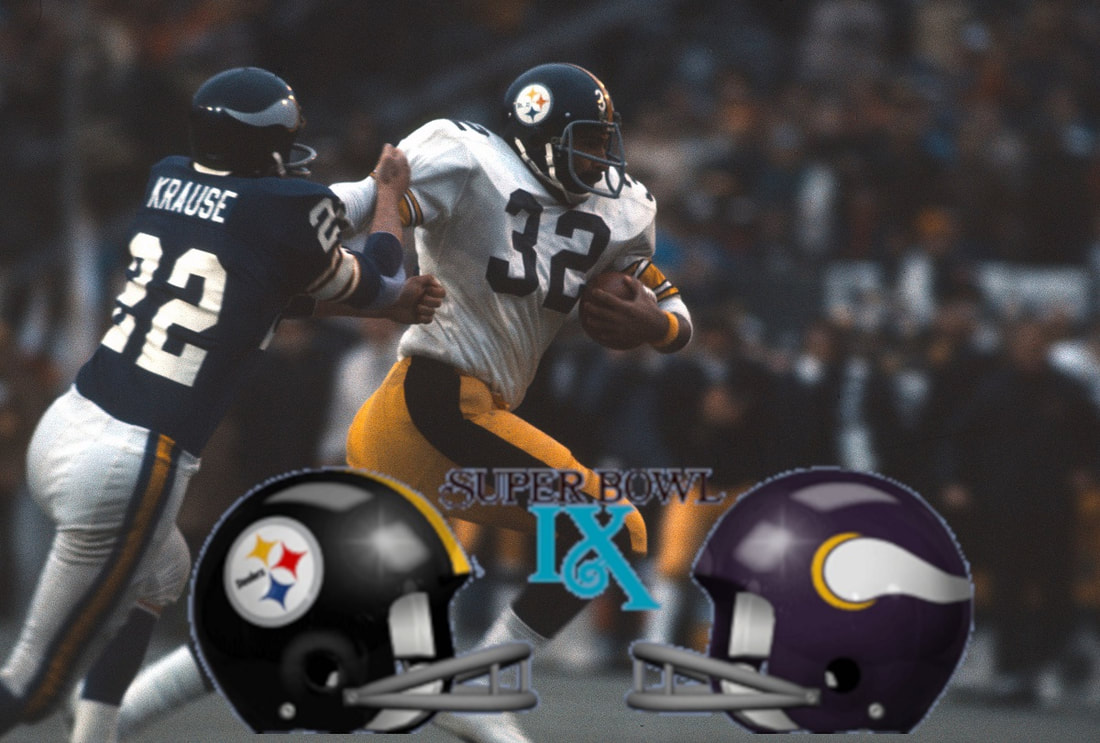 Then Franco Harris took over. By the time he had finished - 158 yards and a rushing touchdown later - he had earned the MVP award, and his Pittsburgh Steelers had carved out a 16-6 victory for the first championship of any kind in Steelers' history.

By the end of the contest, the Steelers' Steel Curtain defense had limited the Vikings to 119 total yards, no points, and 17 rushing yards. What perhaps made the Steelers' performance even more noteworthy - particularly their defense - was the fact that such key starters as linebackers, Jack Lambert and Andy Russell would leave the game through injuries.

Although no-one in the football world was aware of it at the time, with some firmly believing the Steelers' season to have been a fluke of sorts, the victory was the beginning of one of the most remarkable runs in Super Bowl history. 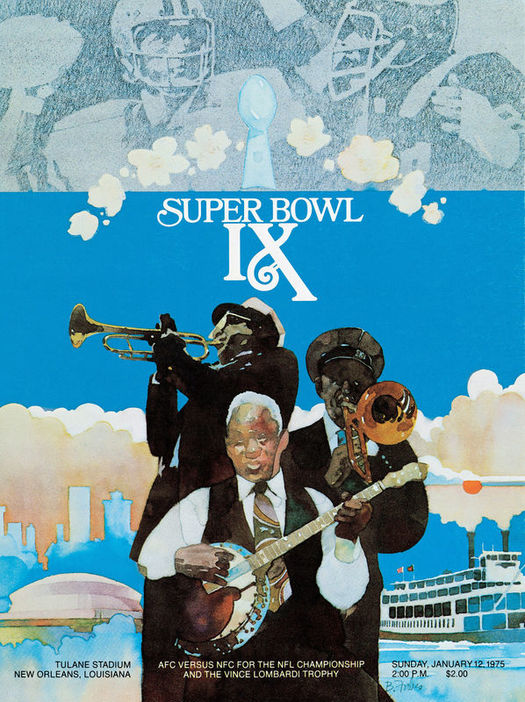 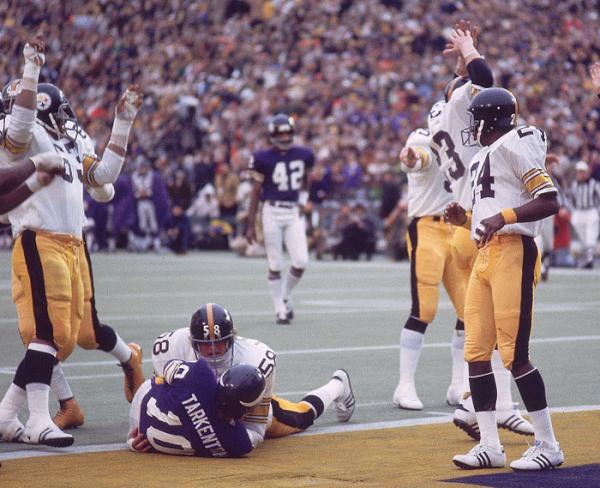 Vikings' quarterback lays in the end zone following a sack for a safety by Dwight White. 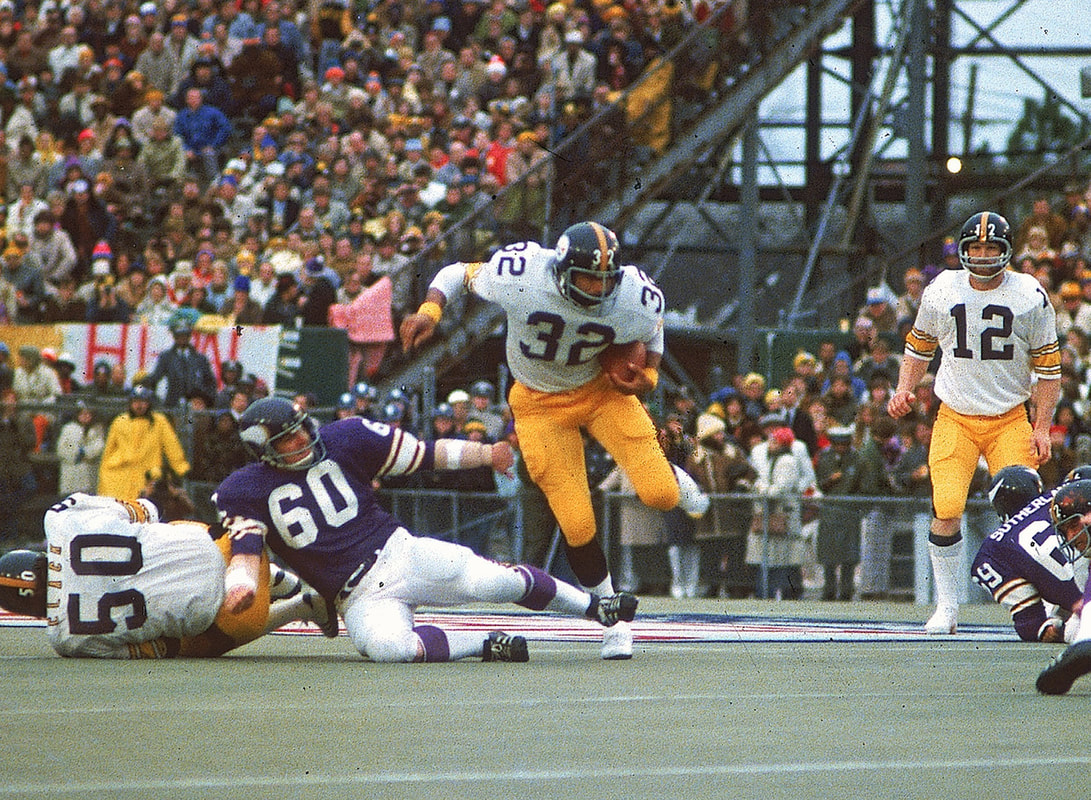 Steelers' running back, Franco Harris, was the game's MVP notching up 158 yards on 34 carries and a touchdown. 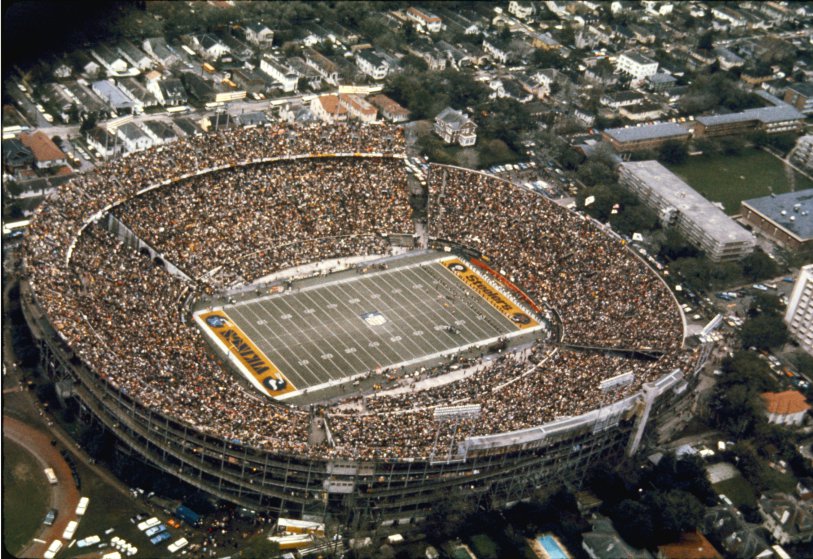 Super Bowl IX was planned to be played at the brand new Superdome - however it wasn't completed in time so the contest shifted to Tulane Stadium. 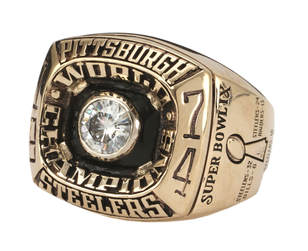 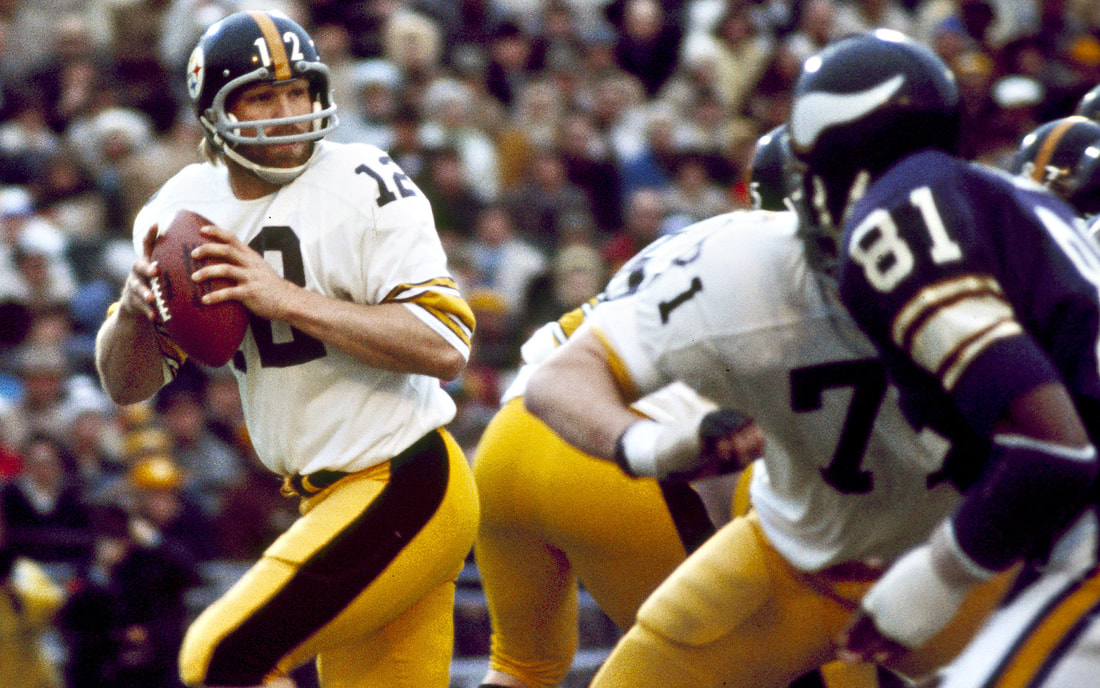 Terry Bradshaw had an up-and-down season for Steelers, but shined in the 1974 post-season. 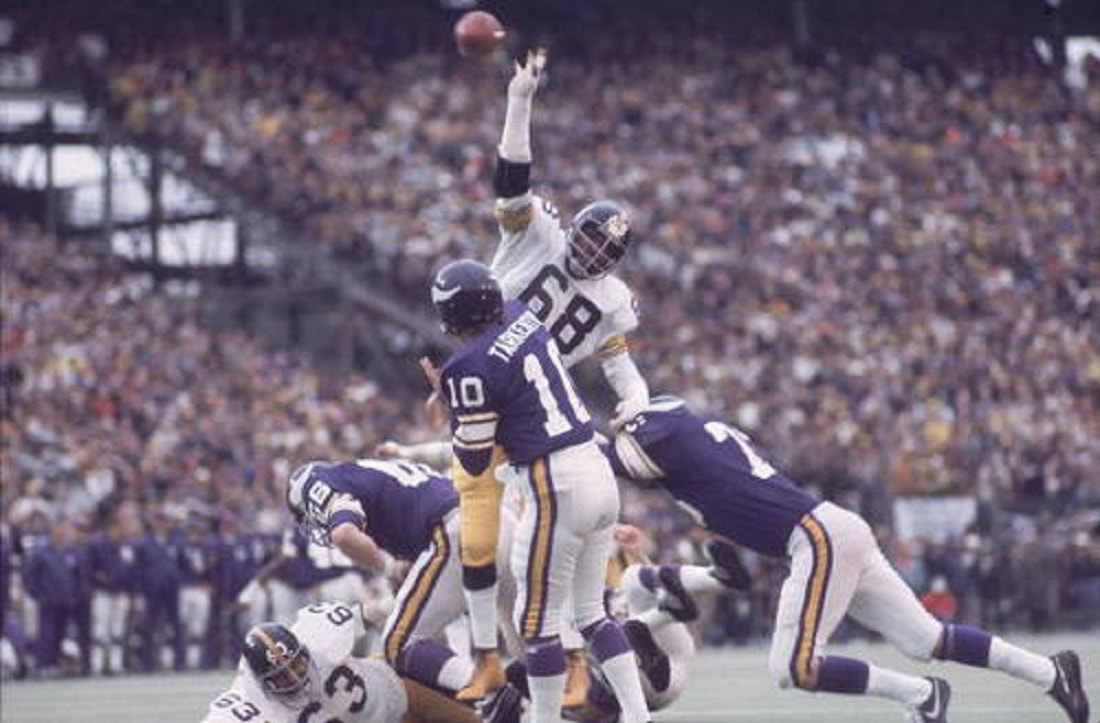 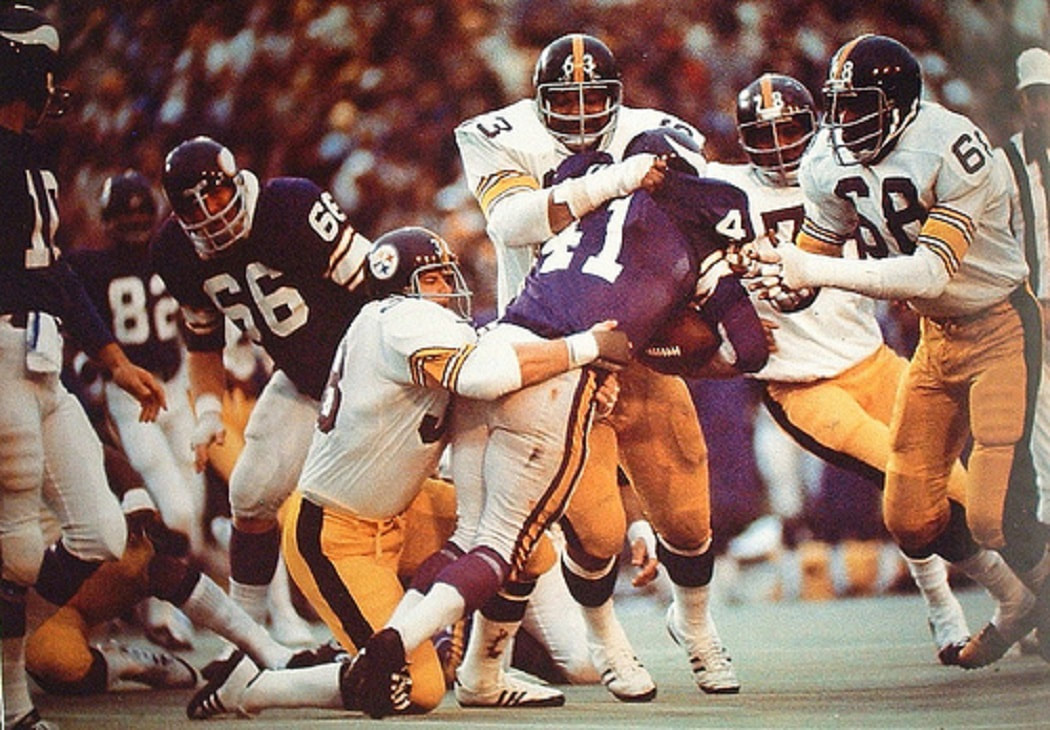 Super Bowl IX was the last professional football game ever played in Tulane Stadium, which was replaced by the Louisiana Superdome in time for the 1975 campaign.

Incidentally, the game was originally awarded to the Superdome but when it became clear that the state-of-the-art stadium was behind schedule, the ninth Super Bowl was quickly moved to Tulane Stadium.

Despite never having been in a championship game, the Steelers entered the contest as three-point favorites against the Super Bowl-tested Minnesota Vikings.

Franco Harris' MVP performance is perhaps even more noteworthy when you consider his 158 rushing yards were more than the entire Minnesota Vikings' entire offensive output. 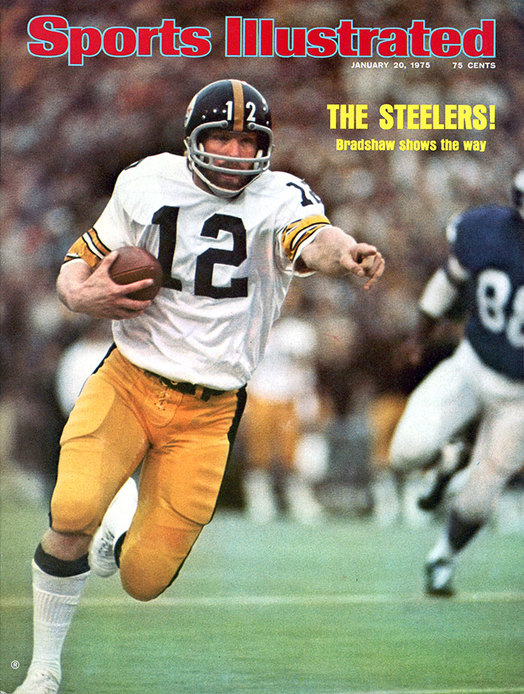 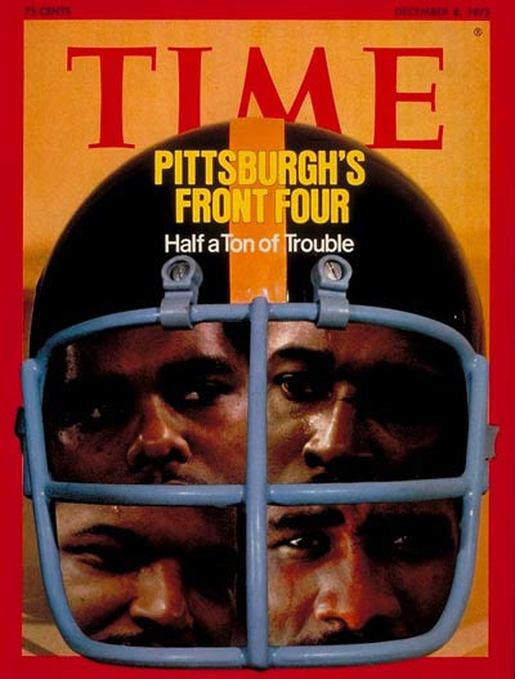 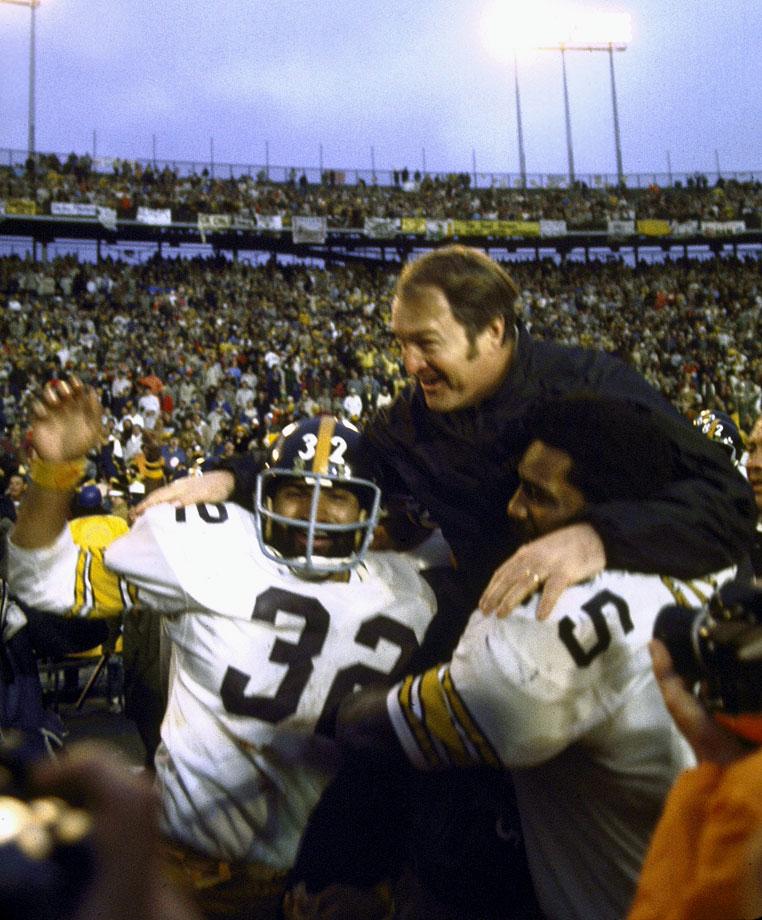 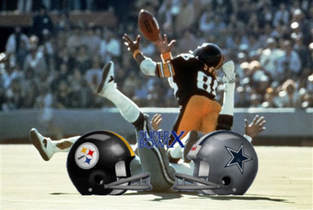 At some point during either the build-up to the game, the out-of-this-world catches on the field, or the last minute finish of the tenth Super Sunday, did the Super Bowl become "America's Game".....
UA-43492470-1