​The first Super Bowl to be held in a typical cold-weather city also featured to first-time Super Bowl teams in the San Francisco 49ers and the Cincinnati Bengals. That 49ers head coach, Bill Walsh, used to be be on the Bengals staff only added a little extra spice to the mix.

It was San Francisco however, who looked like grizzled Super Bowl veterans, as they bullied their way to a 20-0 first half advantage. A 1-yard dive by signal caller, Joe Montana, opened the scoring in the first period, before full back, Earl Cooper, snared an 11-yard toss from Montana early in the second quarter, making the score 14-0. Ray Wersching would add two field goals before the end of the first half.

The Bengals battled back into the contest following the intermission. Quarterback, Ken Anderson, finally registered his team on the scoreboard with a 5-yard scoring run making the score 20-7 going into the final period. Perhaps the series of the game however, had come late in the third quarter, when the 49ers defense held firm against Cincinnati on four straight plays from the goal line.

The 49ers held their collective breath a little shortly into the final period though, when Ken Anderson took the Bengals down the field, connecting with Dan Ross from 4 yards out, and cutting San Francisco's lead to only six points.

In what would become a trademark of the 49ers throughout the decade, Montana led his team on two time consuming drives, each ending with a field goal, stretching the lead back out to 26-14. By the time the Bengals found the end zone again, it was too little, too late, and San Francisco earned their first Super Bowl victory, 26-21. 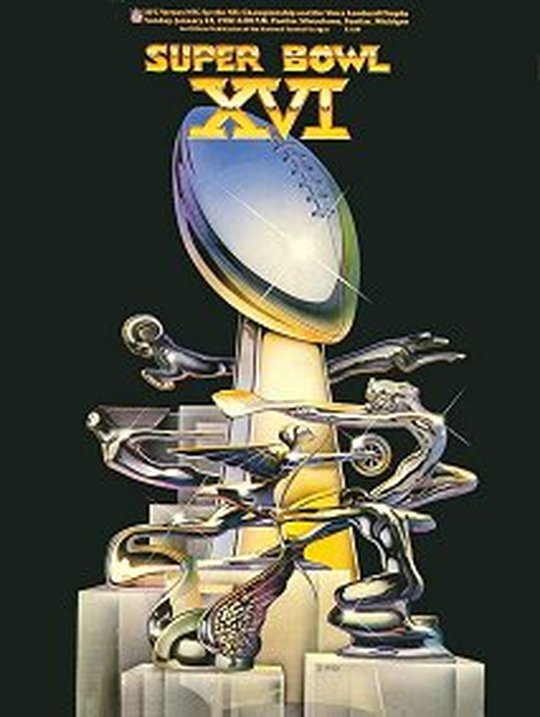 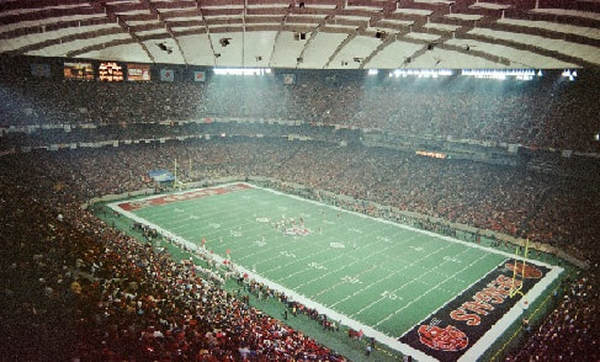 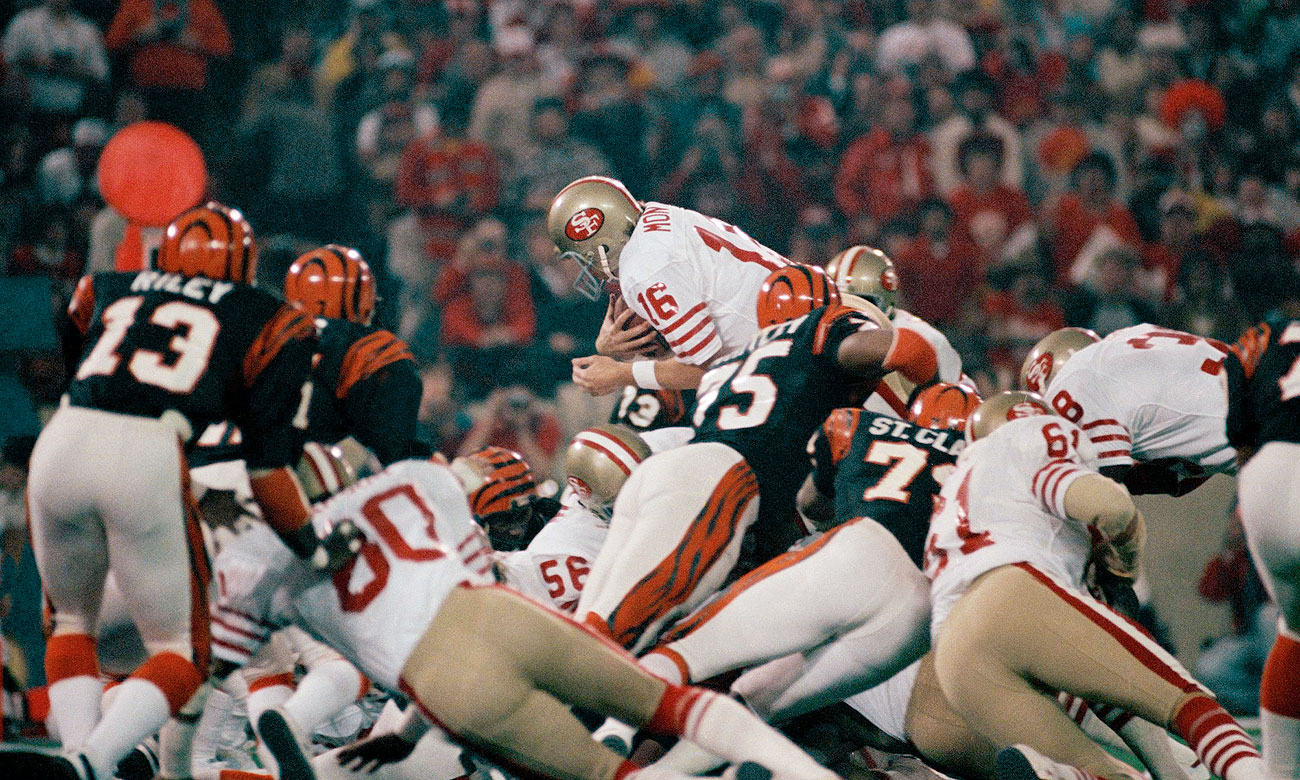 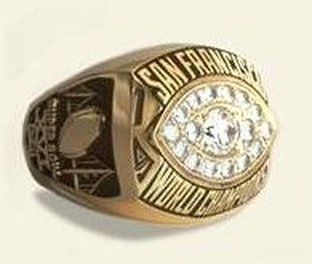 Halftime Show:"Salute To The 1960s And Motown" by Up With People 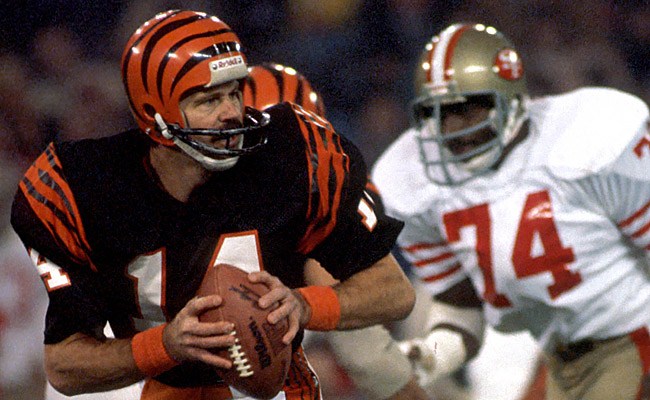 Bengals' quarterback, Ken Anderson, led a valiant comeback attempt, but it was too little, too late 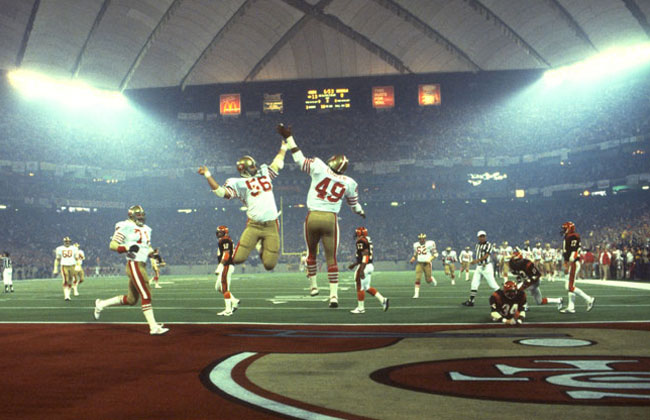 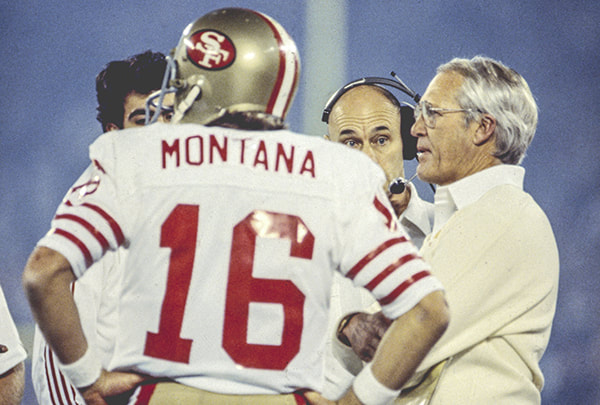 49ers quarterback, Joe Montana, and head coach, Bill Walsh, talk it out on the sideline during a timeout
Other Notable Game Notes

Super Bowl XVI was the second straight year the big game had been held indoors, and the first time the razzmatazz of the Super Bowl had ventured to a "cold weather" city.

The game was the first to feature the duo of Pat Summerall and John Madden in the broadcast booth. The pair would go on to become arguably the greatest broadcasting partnership in modern sports.

Incidentally, Super Bowl XVI was the first the feature the "Chalkboard" - an instrument used to particularly good effect by the aforementioned Madden.

In terms of the Nielsen Rating ( 49.1 meaning a 73 share), the sixteenth Super Bowl holds the record still to this day. 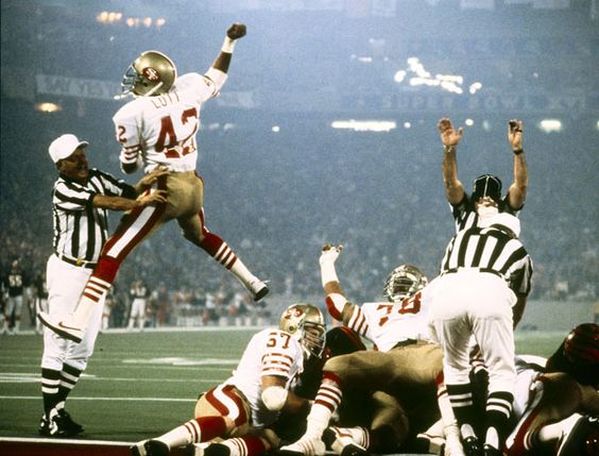 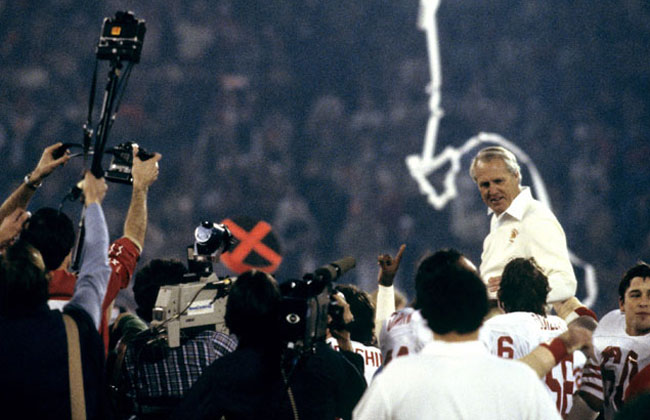 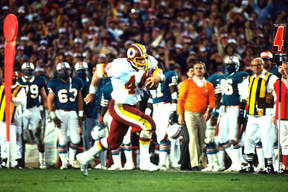 Following the strike-shortened 1982 regular season, the Washington Redskins and the Miami Dolphins represented their respective conferences in the seventeenth Super Bowl, a contest that went down to the final quarter, and turned on a single, fourth down play....
UA-43492470-1