Each team battled it out in the opening period, with the Steelers opening the scoring on a 28-yard scoring strike from Terry Bradshaw before the Cowboys answered with a 39-yard scoring connection between Roger Staubach and Tony Hill.

In the second quarter, the tit-for-tat scoring continued. This time, Dallas pulled ahead first when linebacker Mike Hegman scooped up a fumble and returned it 37 yards to put the Cowboys ahead 14-7. However, eventual MVP, Terry Bradshaw would launch a 75-yard bomb to wide receiver, John Stallworth (his second touchdown catch of the game) to level the score at 14.

Pittsburgh would pull ahead before halftime when veteran running back, Rocky Bleier, leaped high in the corner of the end zone to complete a 7-yard scoring pass from Bradshaw, making the score 21-14 at the break.

Although the Cowboys would net the only points in the third period with a 27-yard boot from Rafael Septein, soon after the final period began, the Steelers began to pull away.

Franco Harris would widen the scoring gap first, 28-17, as he rumbled over the goal line from 22 yards out, before receiver, Lynn Swann, snared Bradshaw's fourth touchdown pass of the game, putting Pittsburgh in a commanding 35-17 position on the scoreboard.

The Cowboys would grab two late touchdowns to make the final score 35-31 - by far the highest scoring Super Bowl at the time - but it will be the score that was dropped when the Cowboys were still in the contest that will haunt Cowboys' fans forever, when Roger Staubach hit a wide open tight end, Jackie Smith, in the end zone, only to have the sure-handed veteran let the pigskin slip through his fingers, and with it, the Cowboys' last realistic chance to defend their title. 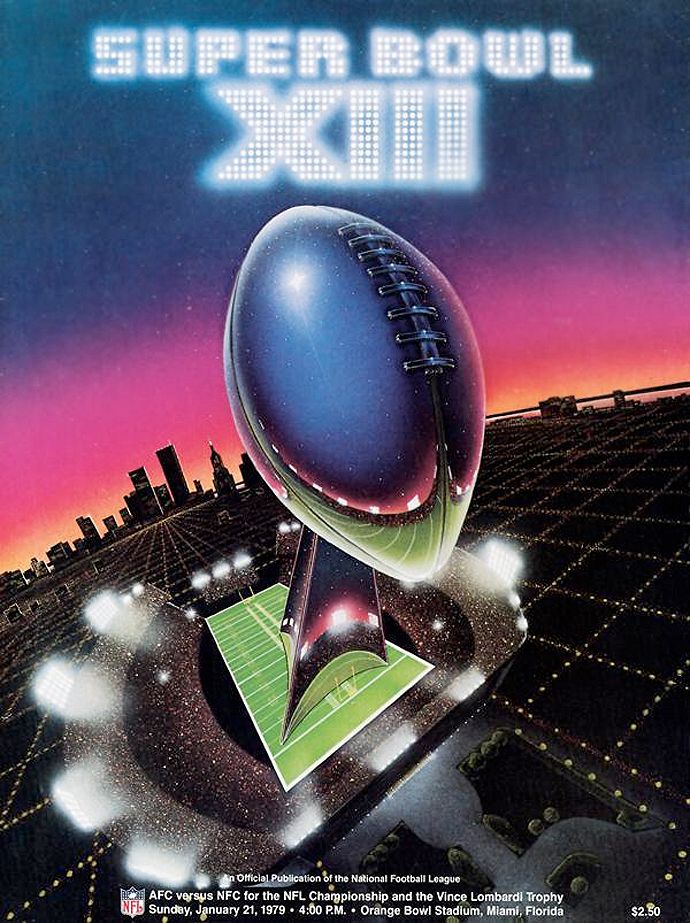 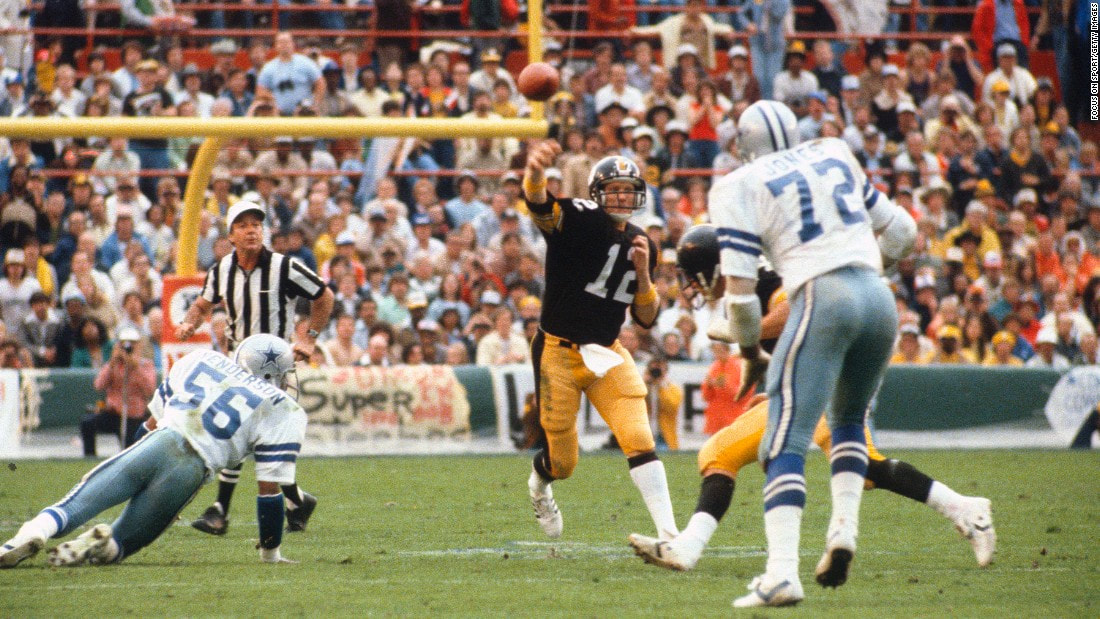 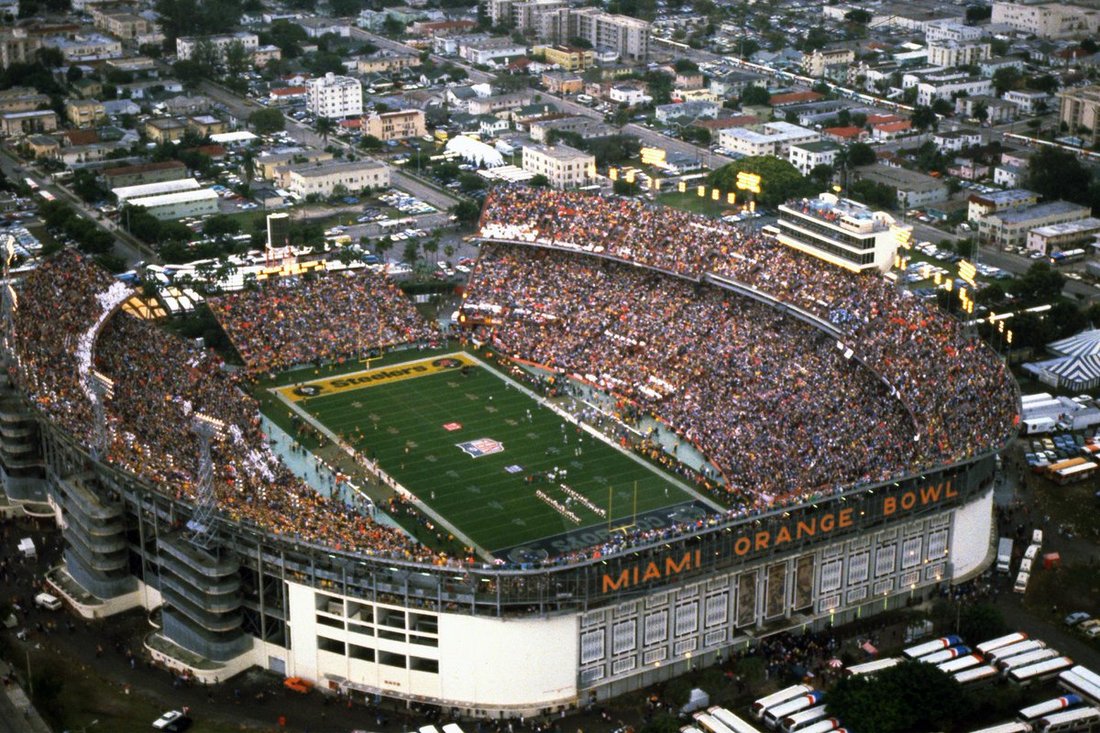 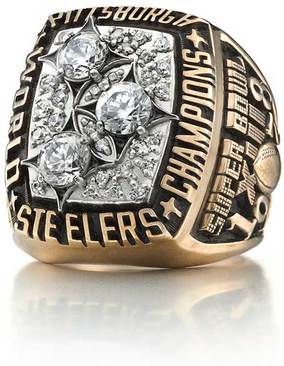 Halftime Show:"Carnival: A Salute to the Caribbean" by Bob Jani 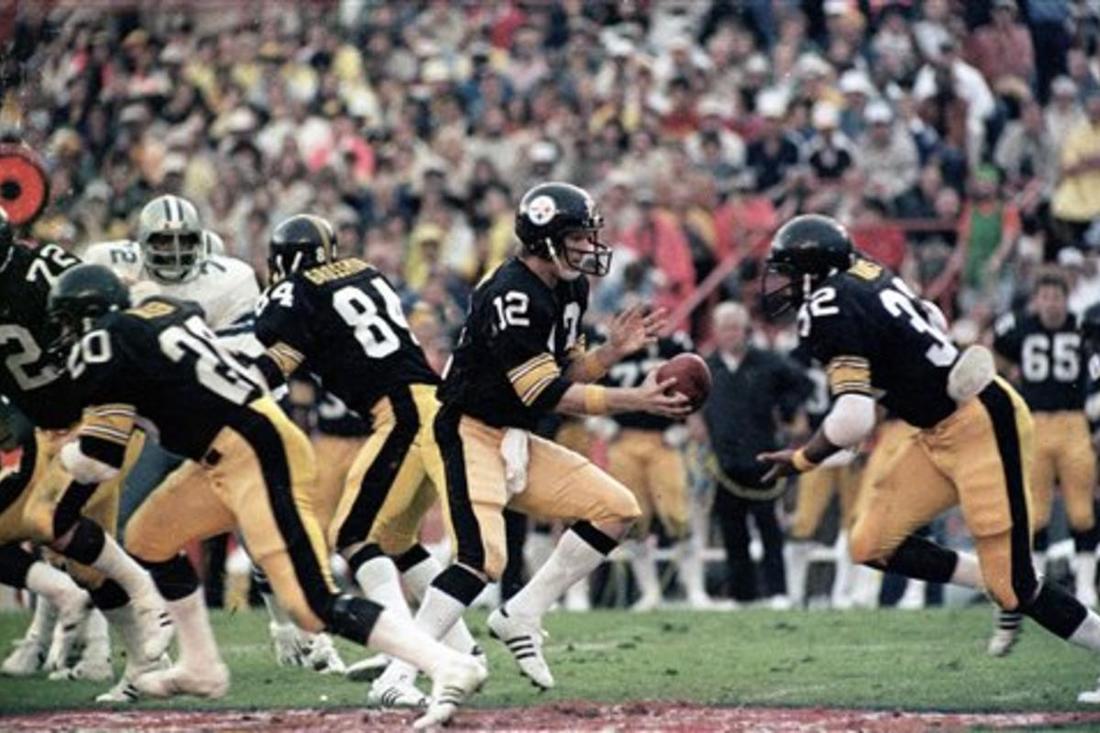 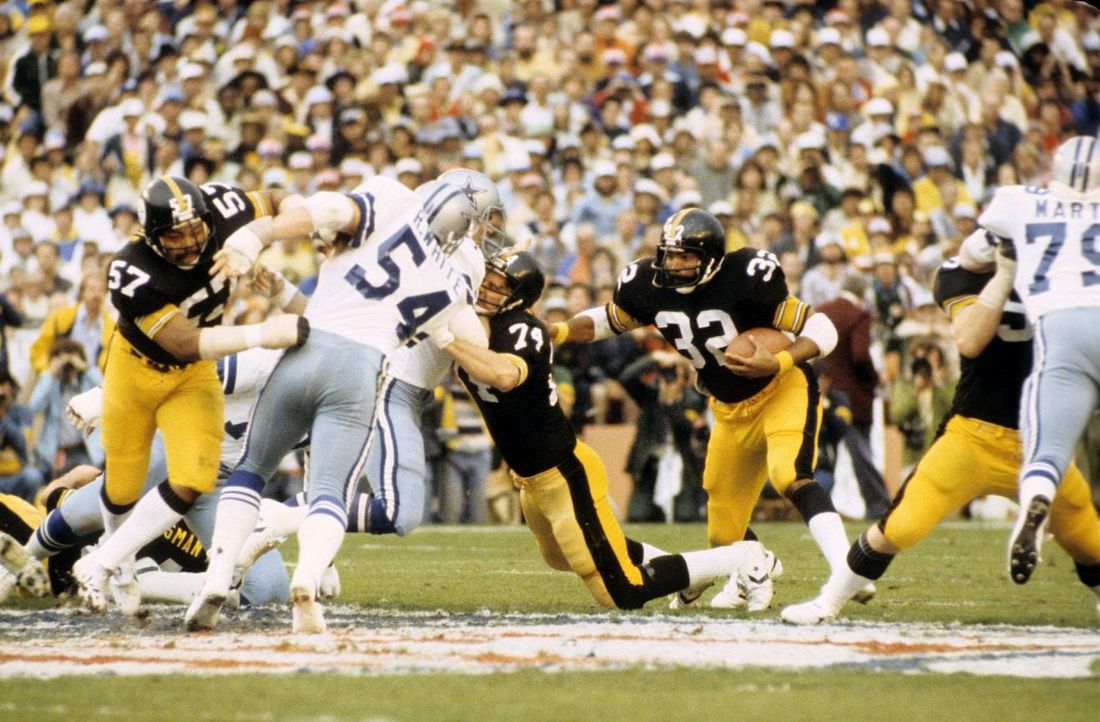 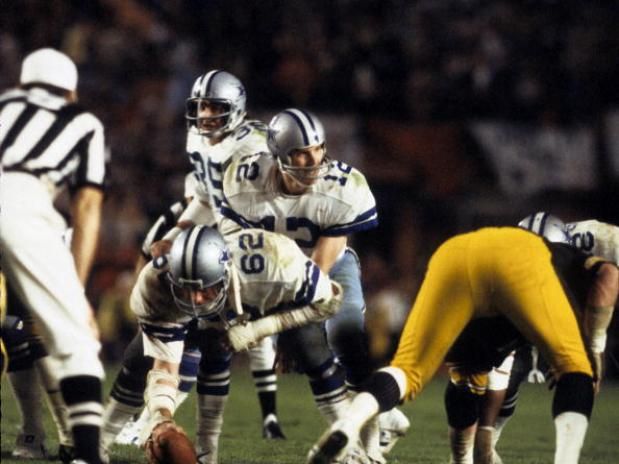 Super Bowl XIII would be the only game where Pittsburgh Steelers' Hall of Fame quarterback, Terry Bradshaw, would throw 4 touchdown passes in a single game.

The contest between the Dallas Cowboys and the Pittsburgh Steelers was the first time in Super Bowl history where two teams that had previously met in the Super Bowl, would meet again in the big game. 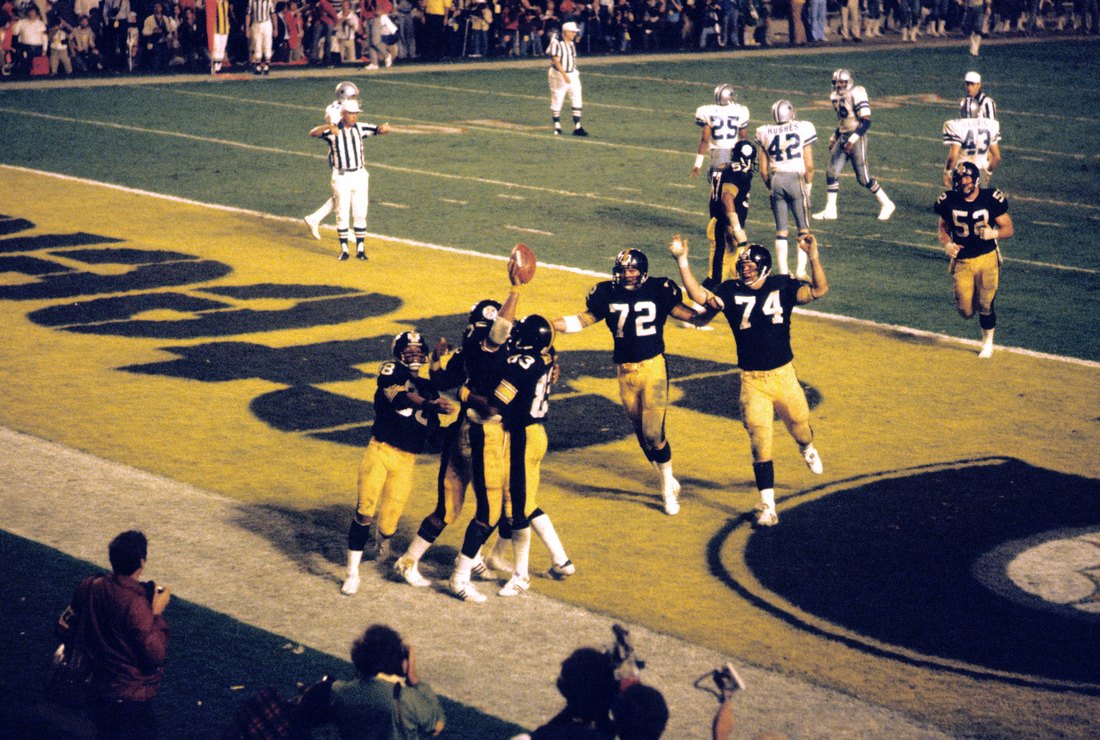 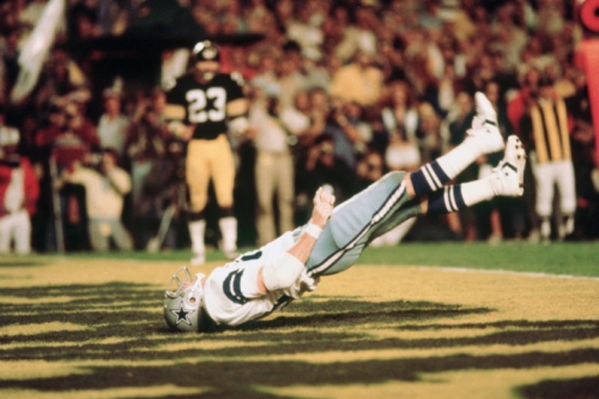 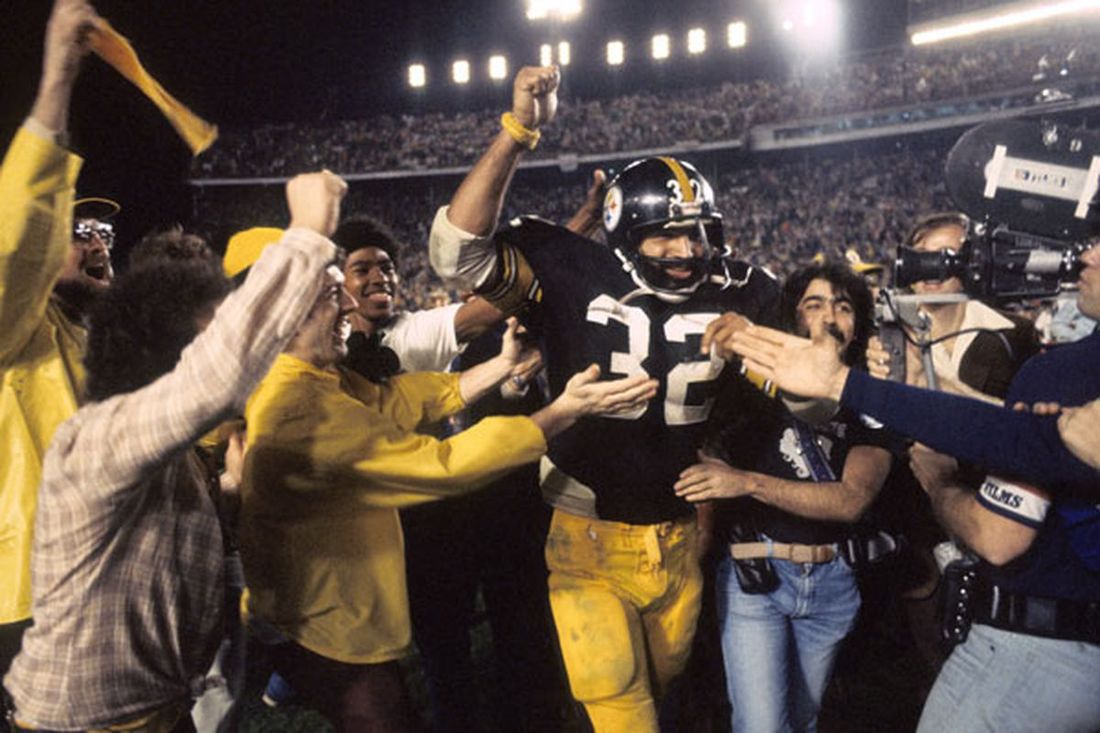 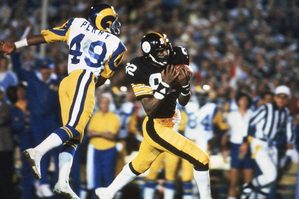 In the sunny dreamland of California, the Pittsburgh Steelers solidified their status as the team of the seventies, as they bagged their fourth Super Bowl victory in six seasons, including two back-to-back wins....
UA-43492470-1