When the Dallas Cowboys finally ran out the clock in Super Bowl VI, sealing a 24-3 victory over the Miami Dolphins, a team in only their sixth year of existence, and only their second season under the guidance of Don Shula, they finally shut the door on a decade of frustration and playoff defeats.

The Miami Dolphins were never in the contest. The Cowboys took momentum early and simply kept the foot on the throttle until the final gun. 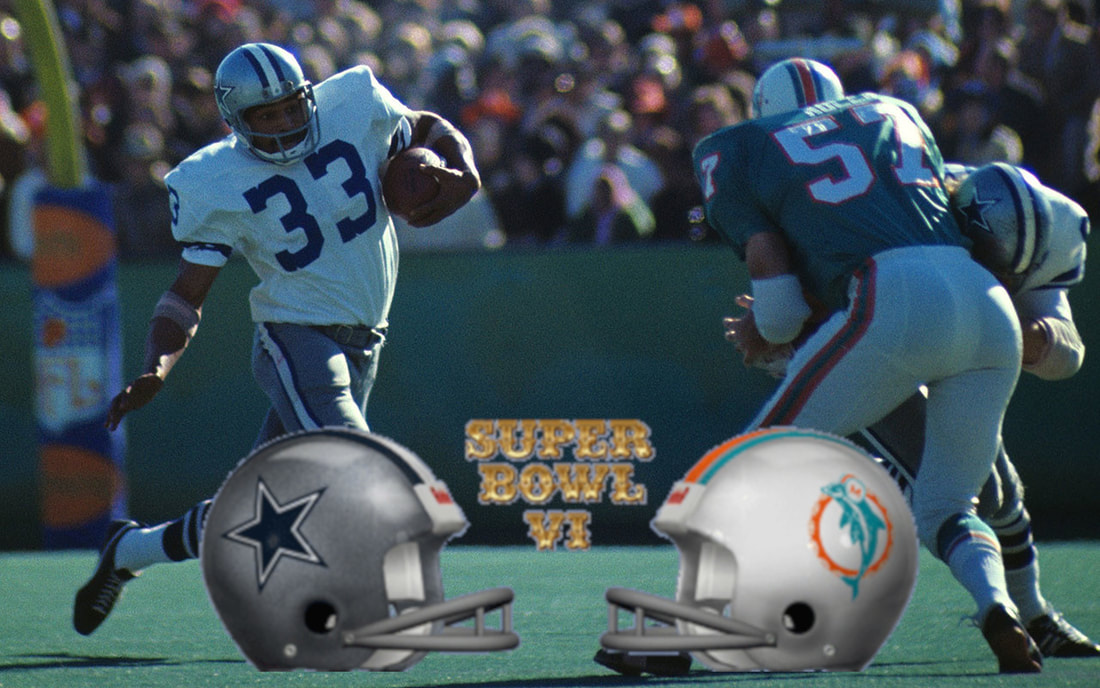 Dallas would add two more touchdowns in the second half, one each in the third and fourth quarters, and dominated the contest completely for the last thirty minutes of game time. The Dolphins would fail to gain a single first down in the third period and managed to move the ball no further than their own 42-yard line.

When Miami finally did break into Dallas territory early in the final quarter, Cowboys linebacker, Chuck Howley, intercepted a Bob Griese pass and returned it to the Dolphins 9-yard line. Mike Ditka would haul in the game's final touchdown three plays later.

Following the score, the Dolphins finally embarked on a steady drive. However, just after breaking inside the Cowboys' 20-yard line, Bob Griese fumbled the snap, allowing Dallas to recover, and essentially run out the game. 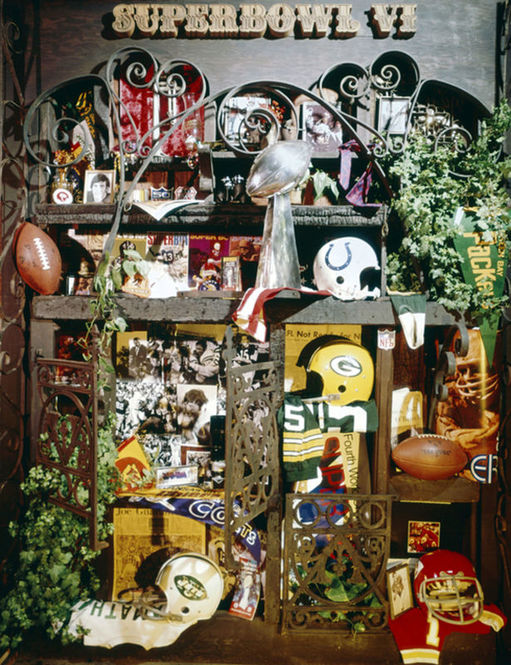 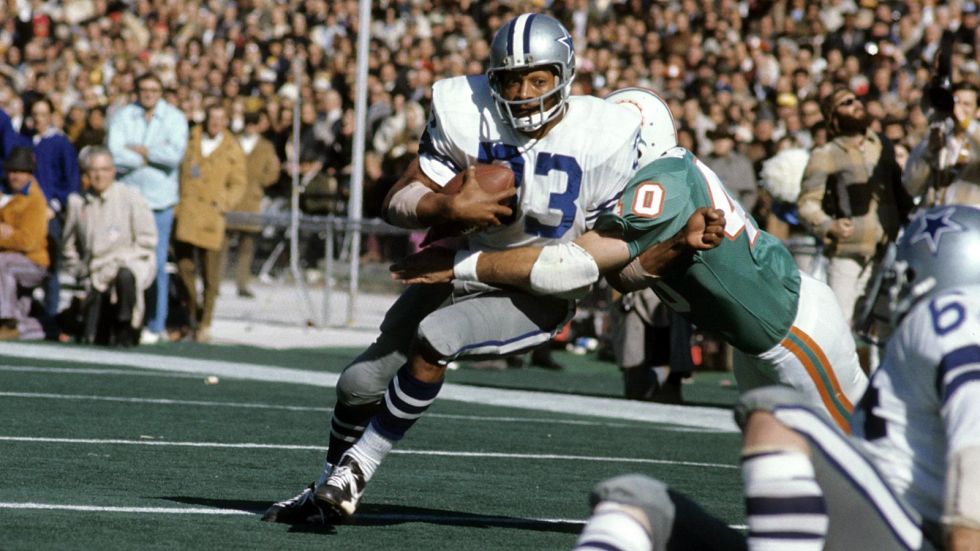 Duane Thomas marched to his own drum - in Super Bowl VI he also marched for 95 yards and a touchdown. 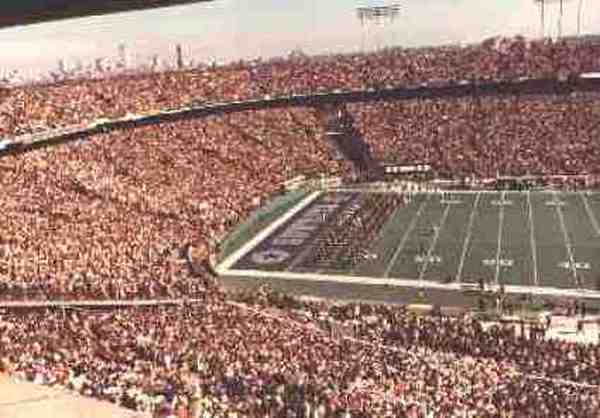 Although the day was bright and sunny unlike the previous big game in the Big Easy, the conditions were bitterly cold. 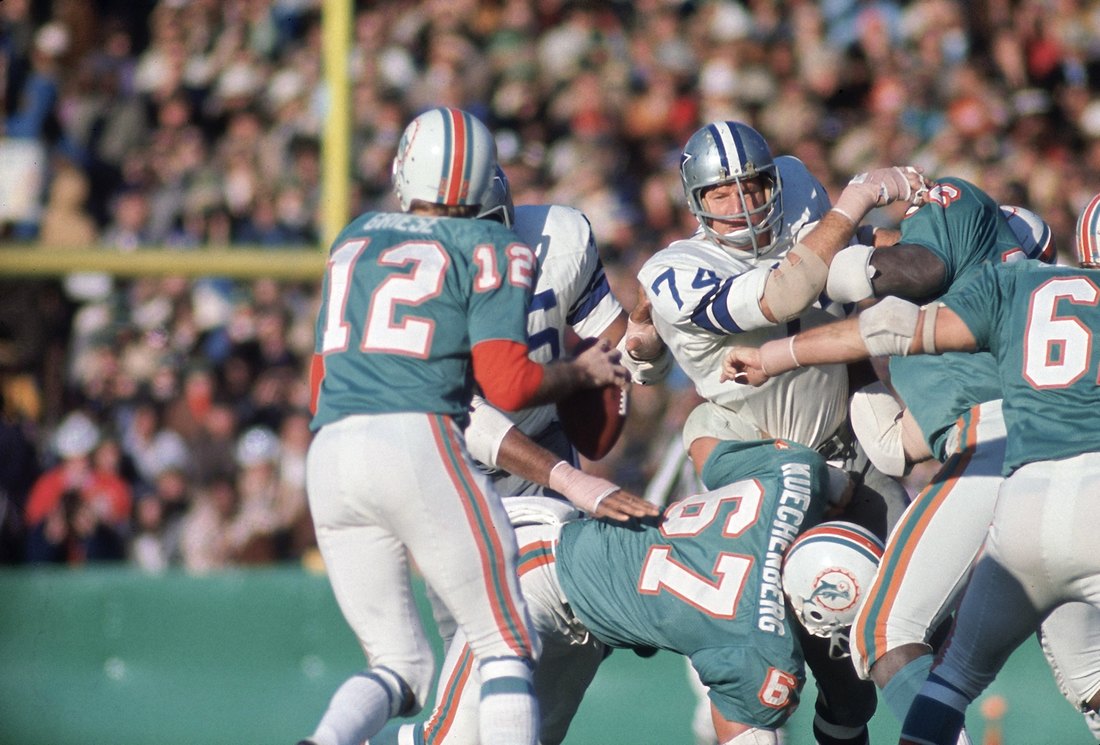 The Cowboys dominated from the outset, boxing up the Dolphins offense, and rendering the Miami defense ineffective. 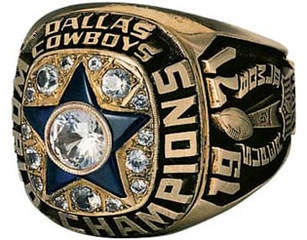 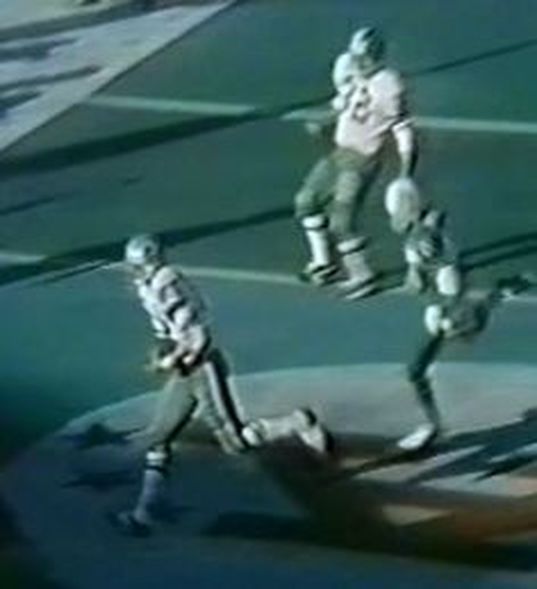 With the victory in Super Bowl VI, the Dallas Cowboys became the first team to win the Super Bowl after losing it the previous season - ironically, the Miami Dolphins would go on to do the same thing the following season.

The Miami Dolphins are the only team in Super Bowl history not to score a touchdown in the Super Bowl, with their only points coming from a lone field goal in the second quarter.

In terms of the calendar year, Super Bowl VI was the only game the Miami Dolphins would lose in all of 1972 (they would go undefeated in the 1972 campaign).

Quite bizarrely, Roger Staubach would become (at the time) the only quarterback on the winning side to play every snap of the contest.

It was during the pregame interviews in the run-up to the game that spawned the eventual nickname of the famed Dolphins' "No-Named Defense" when Cowboys head coach, Tom Landry stated, "he could not recall any of the player's names" but that they "concerned him greatly!" (Some sources insist that while Landry did make the comment, it was the Dolphins' defensive coordinator, Bill Arnsparger, who deserves credit for the moniker).

In a scene similar to that of the Seattle Seahawks' Marshawn Lynch on media day prior to Super Bowl XLIX, Dallas Cowboys' running back, Duane Thomas (who hadn't spoken to the media all season), refused to speak with the media. He simply sat in silence until his required time was up, and then he simply left. Roger Staubach later stated he believed that Thomas would have been the game's MVP if he had simply answered their questions.

Incidentally, Duane Thomas became the first player to score touchdowns in consecutive Super Bowls, having also scored in the Cowboys defeat to the Baltimore Colts in Super Bowl V. 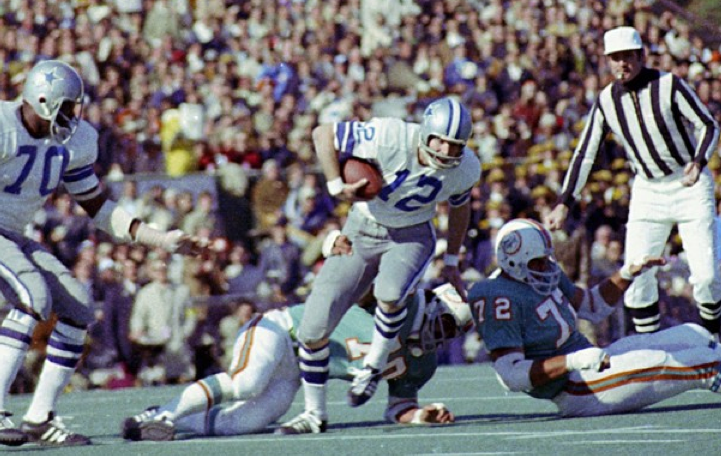 Cowboys' quarterback, Roger Staubach was awarded the MVP award off the back of 119 yards, 12 completions from 19 attempts and 2 touchdowns. 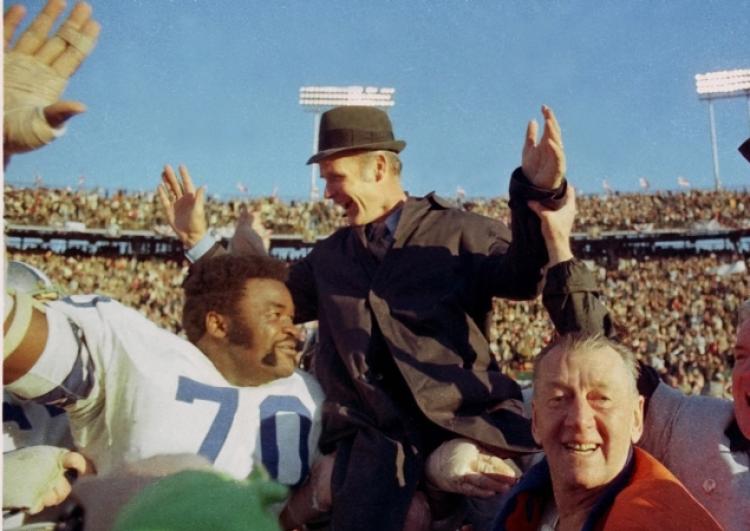 Dallas Cowboys' head coach, Tom Landry, finally realised his dream of guiding his team to a championship after years of frustration. 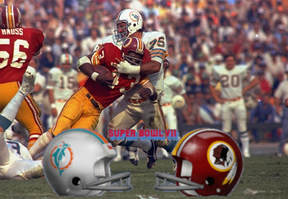 As Garo Yepremian prepared to kick a 42-yard field goal, the Dolphins' owner, Joe Robbie, mused over a 17-0 Super Bowl victory to cap off a 17-0 season. Then the kick was blocked. The Redskins returned the errant kick all the way for a touchdown, and suddenly, the favoured Washington Redskins were back in the game....
UA-43492470-1